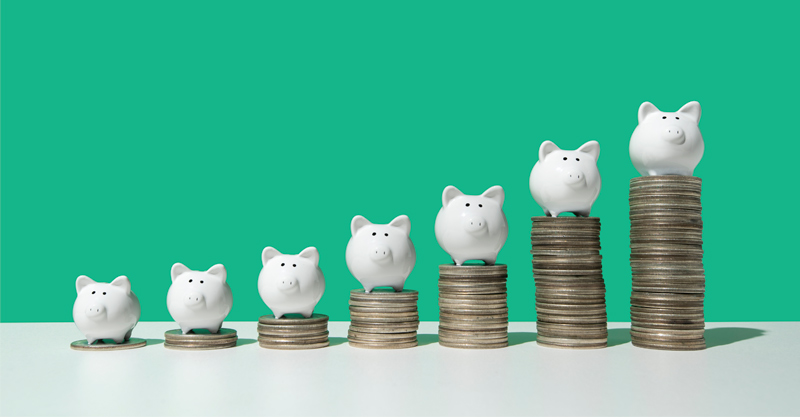 There is an emerging view held by many commentators that it is banks and not the central banks that are key for the expansion of money.

This way of thinking is promoted these days by the followers of the Post Keynesian school of economics (PK). In a research paper by the Bank of England’s Zoltan Jakab and Michael Kurnhof, they suggest that

In the intermediation of loanable funds model of banking, banks accept deposits of pre-existing real resources from savers and then lend them to borrowers. In the real world, banks provide financing through money creation. That is they create deposits of new money through lending, and in doing so are mainly constrained by profitability and solvency considerations.1

It seems that for the researchers at the Bank of England and PK followers the key for money creation is demand for loans, which is accommodated by banks increasing lending. In this framework, banks do not have to be concerned with the means of lending, all that is necessary is that there is a demand for loans, which banks are going to accommodate, i.e., demand creates supply.

According to the Bank of England researchers,

In the real world, the key function of banks is the provision of financing, or the creation of new monetary purchasing power through loans, for a single agent that is both borrower and depositor. The bank therefore creates its own funding, deposits, in the act of lending, in a transaction that involves no intermediation whatsoever. Third parties are only involved in that the borrower/depositor needs to be sure that others will accept his new deposit in payment for goods, services or assets. This is never in question, because bank deposits are any modern economy’s dominant medium of exchange.

If the loan is for physical investment purposes, this new lending and money is what triggers investment and therefore, by the national accounts identity of saving and investment (for closed economies), saving. Saving is therefore a consequence, not a cause, of such lending. Saving does not finance investment, financing does. To argue otherwise confuses the respective macroeconomic roles of resources (saving) and debt-based money (financing).

But does it all make sense?

Note that the loan comprises of the eight saved loaves of bread here, which is also the real savings of John. Alternatively, we can say that John has loaned real savings to Bob. Also, note that without the existence of real savings the act of lending could not have occurred.

Now, if one were to follow the PK framework of thinking and asking John to lend to Bob without John having any real savings at his disposal obviously this attempt is going to fail. In addition, if there would have been an increase in the demand for lending this demand could not be accommodated, if John does not have real savings that could be loaned by John to accommodate the rising demand.

Now, instead of John engaging directly in the lending of his real savings he could also lend indirectly via another individual who specializes in lending, i.e., via an intermediary. We could also label this intermediary a bank.

For his services, the bank will charge John the lender a fee. Note that also here the essence of what we have said before does not change namely in order to make a loan there must be real savings for this.

We can establish that what permits the formation of lending is the existence of real savings. Without the real savings, no lending can emerge.

From this, we can also establish that by being an intermediary, bank channels real savings from lenders to borrowers.

Also, note that lending is always of real savings not money. Being the medium of the exchange money is just facilitating the lending of real savings.

Why the PK framework is not compatible with a free market

In the real world, banks must make sure that the resources for lending are available to them. In a free unhampered economy if a bank attempts to indiscriminately accommodate the demand for loans by lifting the supply of lending, then the bank runs the risk of bankruptcy.

Through lending, a bank creates deposits, which are going to be employed in various transactions. At some point during a settlement period between various banks, some banks that were very accommodative to the demand for loans are going to find that they do not have enough cash to settle with other banks. This raises the likelihood that a bank that is short of cash could end up bankrupt.

Can Banks Create Savings Out of Thin Air?

It seems to us that the researchers here have confused real savings with money out of thin air. However, real savings are about final consumer goods that were not consumed by the producers of these goods.

Real savings, i.e., final consumer goods are employed to sustain various individuals that are engaged in the enhancement and the enlargement of the infrastructure of an economy. With improved infrastructure a greater amount of final goods and services can be generated in the future.

The only thing that can be generated in the framework of the PK is money out of thin air due to the expansion in lending. As we have seen however, this expansion runs the risk that banks that have expanded lending irrespective of real savings run the risk of bankruptcy.

We can also conclude that in a free market economy without a central bank lending activity would likely be confined to an environment where lending is fully backed up by real savings. This type of lending is an agent of economic growth since it directs real savings toward the buildup of the capital goods that is going to support stronger economic growth.

This it would seem is going to solve the problem of real savings. It is however overlooked that the central bank can only print money — it however cannot generate real savings. Ultimately, the banking framework as described by the Bank of England researchers is going to result in a weakening of the financial system and to economic impoverishment. A persistent application of the PK ideas is likely to undermine the entire monetary system.

We can conclude here that the presence of a central bank provides an opening for the creation of non-productive credit, which is an agent of economic destruction. This type of credit generates money out of thin air thereby setting in motion an exchange of nothing for something.

Do we need to refer to an ideal in the analysis of the real world?

Some commentators might suggest that the PK describes the real world — i.e., the way banks really operate and not some ideal that never eventuates. We hold that the purpose of the so-called ideal is to present the essence of the reality.

What the Bank of England researchers have done is to provide an elaborate description of the generation of credit out of thin air, which as we have seen is an agent of economic destruction. What they have labeled, as savings that banks supposedly instantly create through the expansion of credit out of thin air has nothing to do with savings but just an expansion of empty money.

For the Bank of England researchers, in the spirit of the John Maynard Keynes economics, the world of scarcity is removed by means of money of thin air, i.e., something can be now created out of nothing.

According to the Bank of England researchers in the modern world we live banks can instantly generate their own funding through the accommodation of demand for loans. In this way of thinking, banks do not have to be prudent and make sure that they have savings to engage in lending.

For the Bank of England researchers, banks by creating their own funding are always self-supported and do not require any assistance in this regard.

Contrary to the Bank of England research, the essence of banking is the transfer of savings from lenders to borrowers. We have also concluded that in a free market without a central bank the savings that banks will mediate are likely to reflect real savings. Hence, in a free market banks are intermediaries of real savings in their lending activities, thus promoting genuine and real economic growth.

This is however not the case in a market which is manipulated by the central bank. In such a market, some of the lending by banks are not fully backed by real savings. In this case, the unbacked lending could be seen as any creation of money out of thin air, which leads to an economic impoverishment. 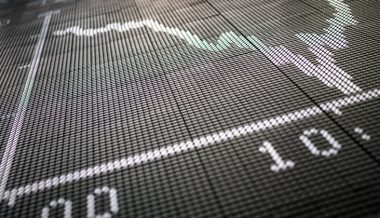