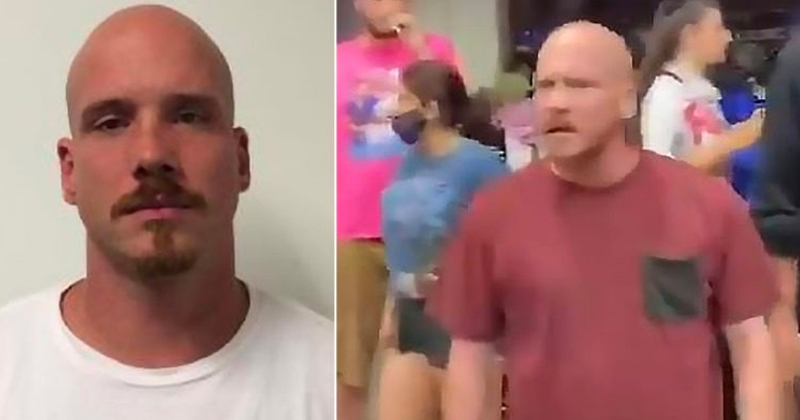 Rosenbaum was allegedly shot by Rittenhouse after being caught on video screaming “Shoot me, n**ga!”

Defenders of the Rosenbaum that theorized, without evidence, that the deceased child sex offender had committed a “lesser” offence such as having consensual sexual intercourse with a 17-year-old when he was 18.

Presentencing report court documents obtained by independent investigators indicate that Rosenbaum was found to have been convicted of far more heinous crimes, for which he served only 12 and a half years in an Arizona prison.

According to the presentencing report, “an acquaintance of the defendant brought him home to stay after the defendant was asked to leave his mother’s residence” in February 2002, and he went on stay at more residences and have contact with a total of five children, aged between 9 to 11 years old.

Rosdenbaum first drew suspicion when the mother of one of the victims noticed burn marks on her son in March. When the boy was asked about the injury, he revealed that he had been sexually molested by Rosenbaum.

The eleven counts of sex crimes that Rosenbaum, a proud Black Lives Matter supporter, was charged with in the report span the gamut of groping the victims’ genitals, engaging in oral sex with the victims, and sodomizing the victims.

New information about the UNDER AGE CHILDREN the guy that got shot in the head in Kenosha molested!
Joseph Rosen-whatever raped 4 boys in 2002.
See pics for details.
How was that guy free!? pic.twitter.com/K1zd60JDtE

National File previously reported in August on the revelation that Rosenbaum was a convicted pedophile.