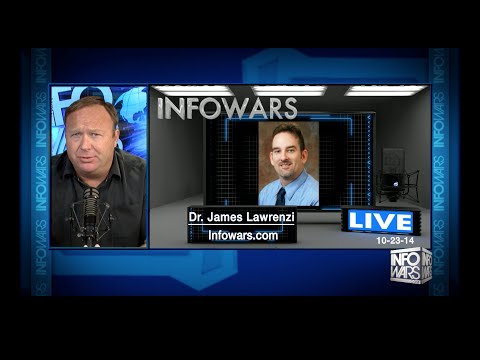 Dr. James Lawrenzi, who leaked an array of bombshell information on the Alex Jones Show Thursday, revealed why he believed the President has thus far refused to halt flights from Ebola-stricken West African nations.

“It’s going to prove that his open border policy is a failure and contributing to this and you can directly correlate that to Obama’s policy,” Dr. Lawrenzi stated.

Despite Senegal and Nigeria completely stemming the Ebola outbreak in their countries by stopping the entry of travelers from affected nations, President Obama has thus far refused to enact similar procedures.

Dr. Lawrenzi is joined by countless other professionals from across the spectrum who continue to warn of the medical danger posed from the dilapidated southern border.

A South Texas Border Patrol agent confirmed earlier this month that immigrants from several Ebola-stricken nations have been caught attempting to enter the country illegally.

“Not too long ago we did catch some people, I believe, from Liberia,” said Chris Cabrera, vice president of the National Border Patrol Council local chapter 3307.

A U.S. Border Agent speaking with Fox 5 San Diego recently sounded the alarm over the agency’s complete lack of training of what to do when facing potential Ebola patients.

“We have not been trained,” National Border Patrol Council spokesman Gabe Pacheco said. “There are no protocols in place and we haven’t seen any protective equipment. We haven’t had anyone tell us these are the protocols you’re going to be using.”

“By the end of the year, there’s supposed to be 1.4 million people infected with Ebola and 62 percent of them dying, according to the [Centers for Disease Control and Prevention],” Kelley said. “That’s horrific. And there is no way we can keep Ebola [contained] in West Africa.”

“If it breaks out, it’s literally, ‘Katie bar the door,’ and there will be mass migration into the United States,” Kelly said. “They will run away from Ebola, or if they suspect they are infected, they will try to get to the United States for treatment.”

Aside from Lawrenzi’s warning about the country’s border, the doctor also went on to reveal during his interview with Alex Jones that people with Ebola-like symptoms were being “disappeared” from hospitals.

“These patients are disappearing, they’re doing something with the patients and God knows where they’re going,” said Lawrenzi. 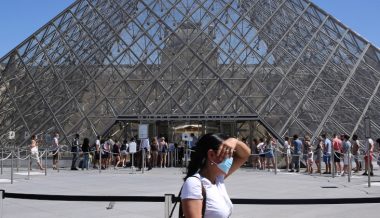