Cover-up: Pentagon desperate to keep images out of public domain

U.S. Special Operations Commander Admiral William McRaven ordered his subordinates to destroy photos showing the corpse of Osama Bin Laden just hours after an FOIA lawsuit seeking the documents was filed in the United States Court for the District of Columbia.

Judicial Watch, the group that filed the initial FOIA request, published an email released to them by the Department of Defense in which McRaven writes;

One particular item that I want to emphasize is photos; particularly UBLs remains. At this point – all photos should have been turned over to the CIA; if you still have them destroy them immediately or get them to the [redacted].

The email was sent on Friday, May 31, 2011 at 5:09pm, hours after Judicial Watch held a morning press conference announcing that their FOIA request had been filed in court.

“The move by McRaven to purge the photos appears to have come, at least in part, in response to aggressive efforts by Judicial Watch to obtain images of the deceased bin Laden that President Obama, in a rewrite of federal open records law, had refused to disclose,” writes the whistleblower organization.

According to Judicial Watch President Tom Fitton, the “email is a smoking gun, revealing both contempt for the rule of law and the American’s people right to know. The Obama administration has tried to cover this scandal up – and our lawsuit exposed it. We demand further investigation of the effort to destroy documents about the bin Laden raid.”

Why did McRaven order the photos to be destroyed? Why is the Pentagon so desperate to keep the images out of the public domain?

Is it because the images are fake, that they do not show wounds consistent with the narrative surrounding the Navy SEAL raid on Bin Laden’s compound, or that they are dated from years previously?

As we have exhaustively documented, the story surrounding the raid is dubious at best and has been changed on numerous occasions.

Last year, Pulitzer Prize-winning journalist Seymour Hersh said that the whole incident was “one big lie” and that “not one word” of the Obama administration’s narrative on what happened was true.

Speculation that the Obama administration may have embellished or outright lied about the true account of what happened has persisted, mainly because the White House has refused to publicly release images of Bin Laden’s body.

Although the White House said the corpse was immediately “buried at sea” in line with Islamic tradition, it quickly emerged that this was not standard practice.

Numerous analysts have claimed that Bin Laden had in fact been dead for years and that the raid on his alleged compound in Pakistan was little more than a stunt.

Other questions also persist, such as why the narrative and timeline of the raid has changed multiple times, why the White House initially claimed that “situation room” photos showed Obama watching the raid live when in fact there was a blackout on the live feed, and why neighbors in the immediate area surrounding the compound said with absolute certainty that they had never seen Bin Laden and that they knew of no evidence whatsoever to suggest he lived there. 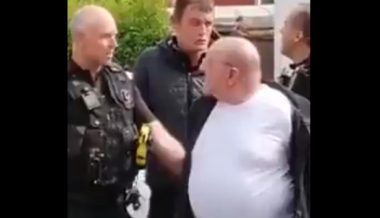