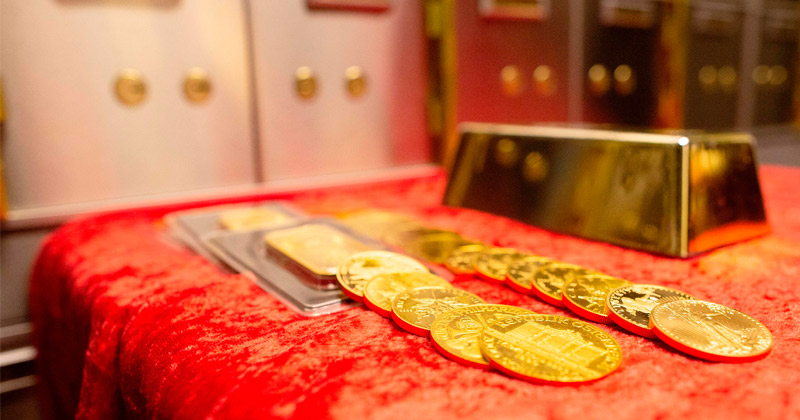 Following the Austrian Business Cycle Theory (ABCT), the boom-bust cycle emerges in response to a deviation in the market interest rate from the natural interest rate, or the equilibrium interest rate.

If this is the case then what is the point of free market economists advocating for free financial markets without central bank intervention and where money is gold? On the contrary, this could justify the necessary intervention since the free market is unable to eliminate the boom-bust cycle phenomenon. In this case, it is probably necessary to have a central bank that will attempt to eliminate or smooth out the boom-bust cycles brought about by the deviations of market interest rates from the natural interest rate by implementing counter-cyclical policies.

According to Robert P. Murphy “More Than Quibbles: Problems with the Theory and History of Fractional Reserve Free Banking” in the QJAE Volume 22 Spring 2019, Ludwig von Mises held that an increase in the supply of gold could trigger boom-bust cycle. According to Mises,

If the additional quantity of money increases the quantity of money offered for loans at a time when commodity prices and wage rates have not yet been completely adjusted to the change in the money relation, the effects are no different from those of a credit expansion. In analyzing the problem of credit expansion, catallactics completes the structure of the theory of money and of interest…. What differentiates credit expansion from an increase in the supply of money as it can appear in an economy employing only commodity money and no fiduciary media at all is conditioned by divergences in the quantity of the increase and in the temporal sequence of its effects on the various parts of the market.

While suggesting that theoretically speaking the gold standard could generate business cycles whenever an increase in the supply of gold causes the market interest rate to deviate from the natural interest rate, or the equilibrium rate, Mises however, from the so-called practical aspect viewed this possibility as theoretical only. Mises regarded the gold standard as the best monetary system as far as keeping the expansion in credit under tight control. (For Mises the expansion of credit is the key cause of the boom-bust cycle phenomena). Murphy quotes Mises on this,

Even a rapid increase in the production of the precious metals can never have the range which credit expansion can attain. The gold standard was an efficacious check upon credit expansion, as it forced the banks not to exceed certain limits in their expansionist ventures. The gold standard’s own inflationary potentialities were kept within limits by the vicissitudes of gold mining. Moreover, only a part of the additional gold immediately increased the supply offered on the loan market. The greater part acted first upon commodity prices and wage rates and affected the loan market only at a later stage of the inflationary process. (Mises [1949] 1998, 571–72; bold added.)

In conclusion, according to Murphy, Mises held that

The unsustainable boom occurs when a newly created (or mined) quantity of money enters the loan market and distorts interest rates, before other prices in the economy have had time to adjust. In principle, this process could occur even in the case of commodity money with 100 percent reserve banking.

Contrary to Mises, Murray Rothbard held that increases in the supply of gold could not set in motion the boom-bust cycle. For him the key reason behind boom-bust cycles is the loose monetary policy of the central bank, which sets in motion the expansion of the money supply out of “thin air”. (The channels for the increase in the money supply out of “thin air” are the fractional reserve banking and direct monetary pumping by the central bank).

For Rothbard only increases in the money supply out of “thin air” is regarded as inflation. (Rothbard viewed inflation (i.e. the expansion in money out of “thin air”) as an act of embezzlement and a violation of individuals’ property rights). For Rothbard, the business cycle cannot emerge in a free market economy where money is gold and there are no central banks.1

Inflation, in this work, is explicitly defined to exclude increases in the stock of specie. While these increases have such similar effects as raising the prices of goods, they also differ sharply in other effects: (a) simple increases in specie do not constitute an intervention in the free market, penalizing one group and subsidizing another; and (b) they do not lead to the processes of the business cycle.

For Rothbard then, the business cycle phenomena is on account of the inflationary policies of the central bank, which set in motion an act of embezzlement through the diversion of real wealth from wealth generators to non-wealth generators.

An increase in the supply of gold, according to Rothbard, does not lead to an act of embezzlement which the increase in money out of “thin air” does and hence does not result in the boom-bust cycle.

To conclude then, for Rothbard ,the subject matter of both inflation and business cycle is embezzlement.

Let us start with a barter economy. John the miner produces ten ounces of gold. The reason why he mines gold is because he believes that there is a market for it. Gold contributes to the wellbeing of individuals. He then exchanges his ten ounces of gold for various goods such as potatoes and tomatoes.

Now over time, people discover that gold – being originally useful in making jewellery – is also useful for other applications. They now begin to assign a much greater exchange value to gold than before. As a result, John the miner could exchange his ten ounces of gold for more potatoes and tomatoes.

As more time goes by people, discover that gold is also useful for another use such as to serve as the medium of the exchange. Consequently, this would lift further their demand for gold. As a result, the price of gold in terms of tomatoes and potatoes rises further.

The benefit that gold now supplies people is by providing the services of the medium of the exchange. In this sense, it is part of the pool of real wealth and promotes people’s life and wellbeing.

One of the attributes for selecting gold as the medium of exchange is that it is relatively scarce. This means that a producer of a good who has exchanged this good for gold expects the purchasing power of his effort to be preserved over time by holding gold.

If for some reason, there was a large increase in the production of gold and if this trend were to persist, then the exchange value of gold would be subject to a persistent decline versus other goods, all other things being equal. Within such conditions, people are likely to abandon gold as the medium of the exchange and look for another commodity to fulfil this role.

As the supply of gold starts to increase its role as the medium of exchange diminishes while the demand for it for some other usages is likely to be retained or increase. Therefore, in this sense the increase in the production of gold i.e. the increase in the supply of gold adds to the pool of real wealth. When John the miner exchanges gold for goods, he is engaged in an exchange of something for something. He is exchanging wealth for wealth.

How Unbacked Money Sets Up the Boom-Bust Cycle

Contrast all this with the unbacked by gold receipts that are used as the medium of the exchange. These receipts were issued without the corresponding gold deposited for safekeeping. This sets a platform for consumption without contributing to the pool of real wealth. Unbacked by gold certificates, that masquerade as 100% backed by gold, set in motion an exchange of nothing for something, which in turn leads to boom-bust cycles.

This is similar to the case when a king would force citizens to give him all the gold coins under the pretext that a new gold coin was going to replace the old one. In the process, the king would falsify the content of the gold coins by mixing it with some other metal and return to the citizens diluted gold coins. On account of the dilution of the gold coins, the ruler could now mint a greater amount of coins for his own use. (He could now divert real resources to himself). What was now passing as a pure gold coin was in fact a diluted gold coin. The expansion in the diluted coins that masquerade as pure gold coins is what inflation is all about. As a result of inflation, the king could engage in an exchange of nothing for something.

In the case of the increase in the supply of gold, no fraud is committed here. The supplier of gold – the gold mine has increased the production of a useful commodity. Therefore, in this sense we do not have here an exchange of nothing for something.

Consequently, we also do not have an emergence of bubble activities. Again, the wealth producer because of the fact that he has produced something useful can exchange it for other goods. He does not require empty money to divert real wealth to him.

Observe that in the framework of fractional reserve banking whenever a borrower repays the money to the bank and the bank does not renew these loans, the money stock will decline – it will disappear from the system. This should be contrasted with the case of non-fractional reserve bank lending when a borrower repays his loaned money to the bank and the bank passes the money back to the lender. In this case, money goes from the borrower to the lender – the money does not disappear here. On the gold standard, the fully backed money by gold is also returned to the original lender once it is repaid to the bank. We can thus conclude that the gold standard, if not abused, is not conducive of boom-bust cycles.

Hence, while it is possible that an increase in the supply of gold may cause market interest rates to deviate from the natural rate, there can be no denial that this is likely to cause fluctuations during the adjustment process. In a free market economy, there are dynamic changes all the time and there is no stability as such.

However, the boom-bust cycles are not about free market fluctuations. These cycles are about the act of embezzlement – they are about the diversion of real wealth from wealth generators to the holders of money out of “thin air” brought about by the exchange of nothing for something.