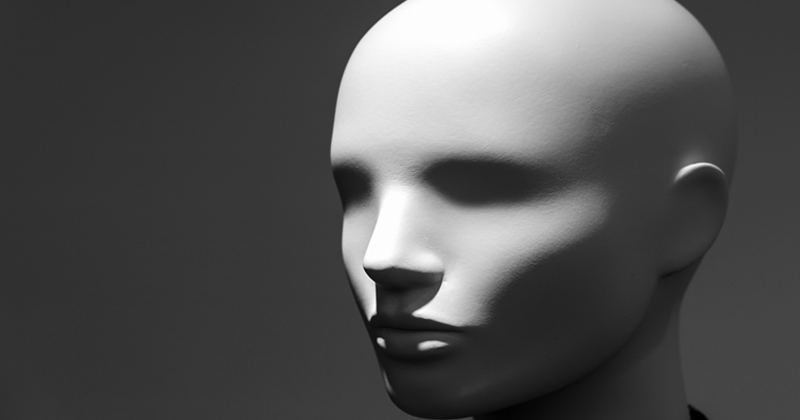 If a condemned child rapist escapes from the sole federal death-row building or one of the nearby convicted Jihadi terrorists makes a break for the prison fence, the watchful figures in the guard towers won’t be able to fire a shot or sound any alarms.

How could they? They’re mannequins.

For years though, the mannequins have been the sole, silent, and motionless guardians occupying the guard towers that watch over the nation’s only federal death row, a building that houses convicted and condemned murderers, rapists, psychopaths, and pedophiles from all over the country in one concentrated place. The same mannequins also look out on the approximately-65-yard-long zone that separates the prison fence from the nearby communication-management-unit (CMU), which until recently was home to convicted Jihadi terrorist and “American Taliban” figure John Walker Lindh.

The upper echelons of The Federal Bureau of Prisons, which oversees the facility and calls itself the “BOP” in its literature, has known about the mannequins for years. They were there when Jeffrey E. Krueger was the complex warden overseeing the facility and he is now BOP’s North Central regional director.

In Krueger’s current role, he reports to the BOP’s national director, Kathleen Hawk Sawyer following the controversial death of millionaire convicted pedophile and Clinton associate Jeffrey Epstein in BOP custody at the Metropolitan Correctional Center (MCC) in Park Row, Manhattan. Hawk Sawyer testified on the hill on November 19th, 2019, but she did not mention the mannequins at the Federal Correctional Institution (FCI) in Terre Haute, Indiana during her oversight hearing that day. Nor was she asked about them.

Senator Lindsey Graham (R-SC), the chairperson of the Senate Judiciary Committee, did not immediately return a request for comment as to whether he would investigate the mannequins and where the money is going that is supposed to be used to train and employ marksmen in their place. Nor did Senator Dianne Feinstein (D-CA), the ranking Democratic member on the committee, or Representatives Jerry Nadler (D-NY) and Doug Collins (R-GA), who are respectively the chairperson of the House Judiciary Committee and its ranking Republican member.

(This reporter has sued Hawk Sawyer and former acting director Hurwitz on behalf of American taxpayers, seeking the return of money lost to pension fraud in the top ranks of the BOP and over the conditions where Epstein died. For information on this suit, which now seeks class certification, click here to read this reporter’s prior coverage at The Intercept. For information on Hurwitz’s attempts to suppress the suit from the public, click here to read Michael Volpe’s fine coverage at The Daily Caller.)

In Terre Haute, once Krueger advanced, the 2 most-recent wardens of the FCI, Jesse R. Bell and Brian Lammer, continued the round-the-clock use of mannequins in the only guard towers covering the roughly 200 feet between John Walker Lindh’s recreation cage and the fence. Now that Walker Lindh has been released, other radical extremists remain in the CMU alongside about 20 prisoners whom the BOP uses as “fillers” ever since it faced a discrimination lawsuit claiming that only Muslims are placed in CMUs.

While Krueger, Bell, and Lammer were each wardens, millions of federal tax dollars went annually to run and to secure the federal death row inside FCI Terre Haute and its nearby CMU, which at any given time houses about 30 prisoners in the building that used to be the death house back when Timothy McVeigh awaited execution. In contrast, the BOP estimated recently that it spends a daily average of $ 90.10 per prisoner in its custody. By that estimate, it costs under $1 million/year to confine 30 average federal prisoners — and that’s with actual guards in the corresponding guard towers. Taxpayers are thus billed several times the national average for each CMU prisoner.

So, where is the money going that is meant to pay the guards who are supposed to be in the guard towers watching the nation’s only federal death row and nearby CMU, taxpayers and their representatives might ask.

Perhaps part of the answer is related to the BOP’s longstanding status as the laughing stock and black sheep of federal agencies. In 2016, an officer with the Justice Prisoner Alien Transport System (JPATS) openly told prisoners boarding the real ConAir that BOP actually stands for, “[expletive deleted] Backwards On Purpose.” Employees of the BOP reportedly face difficulties applying for jobs at other federal agencies once hiring managers see BOP experience on their resumés.

As a string of Wardens have left Terre Haute with coveted federal pensions, a large help-wanted sign has continually graced the front gate of the prison complex despite the BOP’s status as one of the largest employers in Vigo County, Indiana. Even offering an objectively-attractive federal-employee benefits package, no warden recently has been able to fill the employee rolls and as many as 100 jobs or more remain open at any given time. Line staff are routinely required to work “forced overtime.”

All of this can create an atmosphere of “grab what you can while you can before it’s gone” inside the BOP, which is known perennially perhaps more than any other federal agency for scandal, fraud, pay-to-play, nepotism, waste, and abuse. The BOP has been unable to maintain a Senate-confirmed director for some time due to high-profile mismanagement, including but not limited to Epstein’s death. Many opine that it has become a rudderless ship.

Perhaps a mannequin is a guard tower overlooking the Terre Haute death house is now a fitting mascot.

For their part, the CMU prisoners noticed long ago that the figures in the guard towers don’t move or change shifts. They openly joke that the mannequin in the closest tower is the prison’s “employee of the year,” because he works 168 hours/week for free, never calls out sick or takes a day off, and is yet to be caught taking a bribe or be named as a defendant in a lawsuit.

Or perhaps there’s something more illicit going on than simple negligence and mismanagement. Given that the mannequins aren’t fooling the prisoners and the staff, who have the opportunity to observe over a long time that they didn’t move, then who are the mannequins placed in towers to fool, one might ask. The primary answer arrived at by deduction is visitors and the public, i.e. the taxpayers who fund the prison (and its guard towers).

And, where is the tax money going that the public is meant to think is used to keep families safe by professionally staffing the federal death-row guard towers, again becomes an important question.

It might be worth noting that FCI Terre Haute is accredited by the American Correctional Association. Doesn’t the ACA audit the logbooks from the watchtowers, one might wonder. How has the ACA overlooked for years that there are no guards in the guard towers of America’s federal death row, people concerned with the safety of children might ask.

It turns out that the ACA is more of a prison-industry trade group than an independent accreditation body. It overlooks dozens of problems at the facilities that it supposedly inspects. For instance, in 2016, the ACA audited the Bristol County Jail and House of Correction run by Sheriff Thomas Hodgson in Dartmouth, Massachusetts, and gave it a perfect score. Six months and 26 days later, the state department of public health went in and cited Hodgson’s facility for 91 repeat health code violations, meaning that none of these violations were new and had arisen after the ACA left.

Given what an ACA accreditation does and does not mean, why would public administrators seek it in the first place when it might serve as more of a red flag than a feather in the cap, one might wonder. But to taxpayers who’re unfamiliar with ACA accreditation, it might seem like an impeccable credential, when in reality the former leader of the ACA, Christopher P. Epps, is now serving a 19-plus-year prison sentence for money laundering, bribery and corruption, after he called himself, “the tallest hog at the trough.”

So, some of that guard money could be used to get a certain class of auditors and inspectors to look the other way while other hogs feed “at the trough” of federal tax dollars. Curiously, the DOJ’s internal watchdog, the Office of the Inspector General, does not interview people at FCI Terre Haute who report violations of the Prison-Rape Elimination Act and the falsification of federal documents. Something has caused the local agents of the OIG to look the other way, it appears.

This reporter further estimates that nationwide, as much as $30 of the daily $90.10 that the BOP supposedly spends on each of its prisoners, or about a third of its custodial budget, is skimmed off the top via a variety of schemes. That’d be a lot of tell hogs “at the trough.” Paychecks, pensions, and other gimmicks for mannequins is likely just another method for them.

Then again, if Jeffrey Epstein was guarded by mannequins instead of corruptible humans, he might be alive today and answering questions.

Coming up next: are predatory prison staff the new pedophile priests? Federal FOIAs from Indiana indicate they are.

Marty Gottesfeld is a conservative journalist political prisoner. He’s under great censorship and pressure, but nonetheless committed to bringing truth to the American people. You can follow him at @FreeMartyG on Facebook and Twitter.