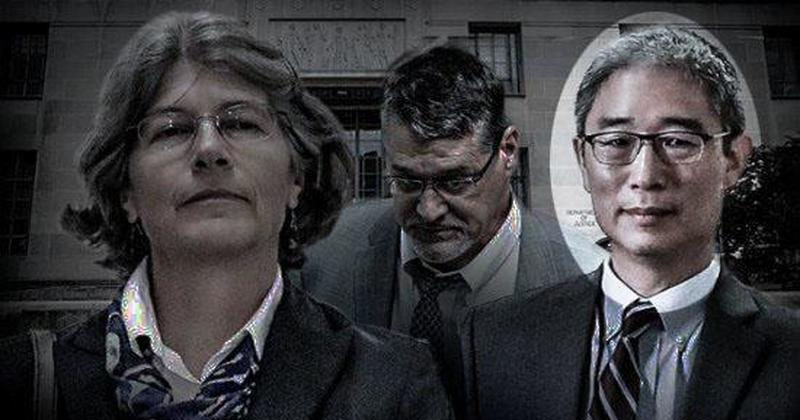 The DOJ will release a cache of FBI documents early next week related to Justice Department official Bruce Ohr, who – along with his CIA-linked wife Nellie, had extensive interactions with Christopher Steele during the period in which the FBI was using the former British spy’s fabricated dossier against the Trump campaign.

In a court filing submitted last Thursday, Justice Department lawyers said the agency will provide FBI notes of interviews conducted with Ohr to Judicial Watch, a conservative watchdog group that sued for the records last year.

Justice Department lawyers said the agency had initially determined that the Ohr transcripts, known as 302s, should be withheld in full. But “after further review in conjunction with DOJ’s preparation of its motion for summary judgment, DOJ has decided to release the requested records in part to Plaintiff,” the lawyers said.

“DOJ will make this release to Plaintiff by August 5, 2019.” –Daily Caller

According to the Daily Caller’s Chuck Ross, Judicial Watch filed suit on September 10 for a dozen 302 reports – which are summaries of FBI interviews with suspects or witnesses. The lawsuit sought reports compiled between November 22, 2016 and May 15, 2017.

Last August, emails turned over to Congressional investigators revealed that Bruce Ohr was Steele’s conduit to the Obama administration – as Ohr was the #4 DOJ official at the time and reported to former Deputy Attorney General Sally Yates.

Steele and the Ohrs would have breakfast together on July 30, 2016 at the Mayflower Hotel in downtown Washington D.C., while Steele turned in installments of his infamous “dossier” on July 19 and 26. The breakfast also occurred one day before the FBI formally launched operation “Crossfire Hurricane,” the agency’s counterintelligence operation into the Trump campaign.

Steele was under contract by opposition research firm Fusion GPS, which the Clinton campaign hired to dig up dirt on Donald Trump. Notably, Bruce Ohr was demoted twice after the DOJ’s Inspector General discovered that he lied about his involvement with Fusion GPS boss Glenn Simpson.

FBI investigators had tasked Ohr to serve as an unofficial backchannel to Steele as part of the bureau’s investigation of the Trump campaign’s possible ties to Russia. The FBI cut ties with Steele on Nov. 1, 2016, after learning that he had unauthorized contacts with the media about his work as an FBI informant. –Daily Caller

Also interesting is that Bruce Ohr told Congressional investigators that his wife Nellie – a Russia expert who speaks fluent Russian, passed Bruce research conducted during her employment with Fusion GPS. 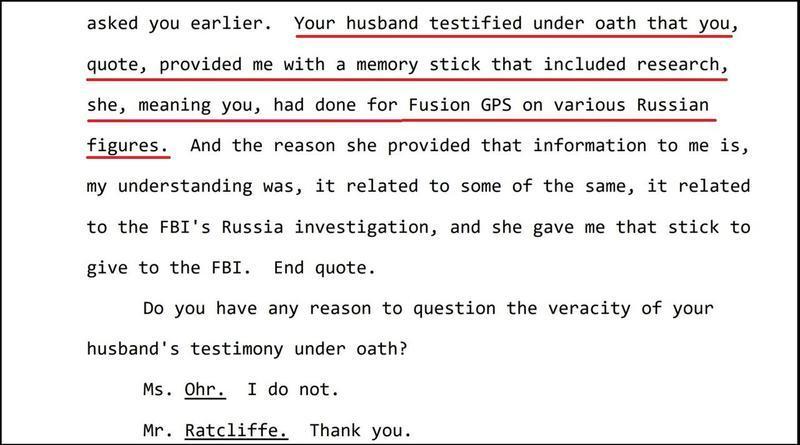 Republican lawmakers have suggested that the 302 reports could undercut Steele’s credibility – along with that of his largely unproven or discredited dossier.

James Comey and other criminals serving the establishment criminals in the government are still walking around free from prosecution for their crimes against the American people.