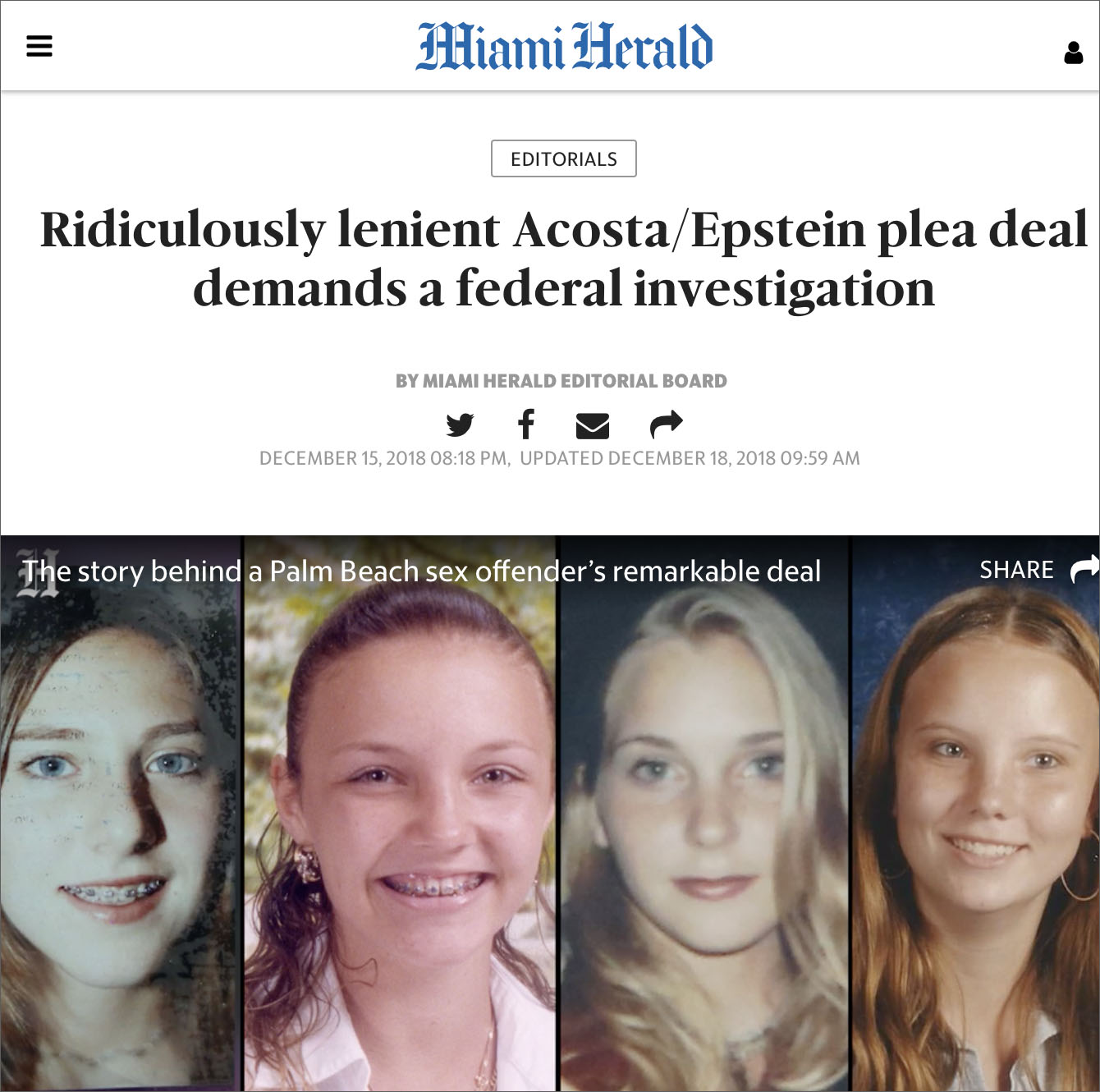 The Department of Justice has launched an investigation into billionaire pedophile Jeffrey Epstein’s controversial plea deal from 2008, the department’s Office of Personal Responsibility announced.

“OPR has now opened an investigation into allegations that Department attorneys may have committed professional misconduct in the manner in which the Epstein criminal matter was resolved,” Boyd wrote in his letter to Sasse.

“OPR will thoroughly investigate the allegations of misconduct that have been raised and, consistent with its practice, will share its results with you at the conclusion of its investigation as appropriate.”

Sasse released a statement confirming the announcement of the probe.

“Jeffrey Epstein is a child rapist and there’s not a single mom or dad in America who shouldn’t be horrified by the fact that he received a pathetically soft sentence,” he said.

“The victims of Epstein’s child sex trafficking ring deserve this investigation – and so do the American people.”

Epstein’s legal team, led by now Labor Secretary Alexander Acosta and also including Alan Dershowitz, struck a plea deal with DOJ attorneys that resulted in him serving a 13-month sentence at the Palm Beach County Stockade, and the privilege to leave for work each day.

Interestingly, then-FBI Director Robert Mueller had allowed other FBI investigations into Epstein to “shut down” at the time of sentencing as part of the terms of the sweetheart deal.

You can read the DOJ letter in full below:

Roger Stone joins Alex Jones and Gerald Celente live via Skype to break down how metadata proves, without a shadow of a doubt, that CNN was tipped off about Roger Stone’s pre-dawn FBI raid, before his own lawyers, and Robert Mueller must be held criminally responsible for breaking the law.