The domestic spy grid enslaving Americans’ personal data into perpetual, digital archives was planned well before 9/11 in a manner much like the early 2001 planning for the invasion of Iraq. 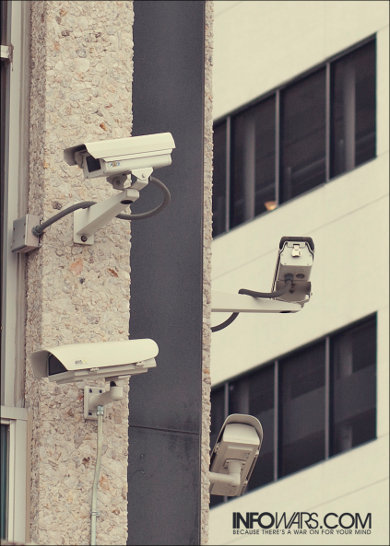 A 42-page, declassified memo called Transition 2001, published in December 2000 to brief newly elected President Bush on the National Security Agency, declares that the agency’s mission demands “a powerful, permanent presence on a global telecommunications network that will host ‘protected’ communications of Americans as well as the targeted communications of adversaries.” [emphasis added]

The word “protected,” surrounded by double quotations in the memo, refers to all of the personal, private data of Americans protected by the Fourth Amendment. Simply put, prior to the post-9/11 War on Terror, the NSA had every intention of ensnaring the phone conversations, e-mails, chat logs, Internet search history, etc. of all Americans into their wide net of domestic surveillance. Even the double quotations imply a veil of contempt towards our rights.

Predating the Transition 2001 memo by three months, and 9/11 by an entire year, a report entitled Rebuilding America’s Defenses: Strategy, Forces and Resources for a New Century calls for the U.S. Department of Defense to aggressively embrace information technologies but warns of a slow implementation unless a “new Pearl Harbor” ushers in an era of high-tech intelligence gathering.

This report also calls on the U.S. armed forces to control cyberspace, in the same vein of navies controlling the high seas, in order to protect America’s global political leadership in the “infosphere.” The report is structured upon a demand for “national leadership that accepts the United States’ global responsibilities.”

Rebuilding America’s Defenses was published by the now-extinct Project for the New American Century, a think tank founded by former State Department staff member Robert Kagan and neoconservative William Kristol, the latter known for his statements suggesting the GOP would be better off without Ron Paul.

Although Kristol is now spinning the NSA’s end run around the Fourth Amendment as targeting foreign terrorists with proper oversight, Ron Paul on the other hand predicted the dangers of this Orwellian surveillance state over a quarter-century ago, ironically in the year 1984.

Unfortunately Ron Paul’s warning was completely ignored by our government. Not too long after the Transition 2001 memo and the Rebuilding America’s Defenses report, the U.S. Department of Defense moved towards integrating existing information on American citizens and aliens into a centralized, virtual database, as reported in a December 15, 2002 article in the New York Times by Jeffrey Rosen, entitled Total Information Awareness. According to this article, the Total Information Awareness program sought to analyze Americans’ criminal, financial, educational, medical, and travel records and could have included the development of “risk profile” technologies to determine “suspicious” patterns of behavior in individuals.

The current surveillance state was not born out of the post-9/11 world but simply thrived in it.

Keep your local authority officials from dosing you up with hydrofluorosilicic acid! Check out our line of ProPur Water Purification systems that will give you natural tasting water just like your trailblazing ancestors enjoyed.