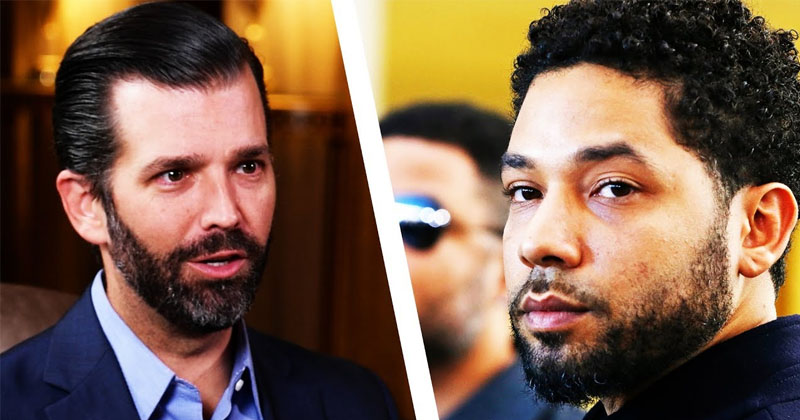 Donald Trump Jr. laid into former “Empire” actor Jussie Smollett for allegedly staging a hate hoax against himself, and discussed the dangers of media bias and social media censorship.

In an interview with the Daily Caller on Friday, Trump explained his dismay regarding Smollett’s hate crime hoax and the media’s complicity in perpetuating it.

“Really, 2:00 AM, coldest night of the year and this really rich actor is just going out to get Subway?” Trump Jr said. “Jussie may have been an average actor, but he’s a really really bad writer.”

“The media is just so prone to try to jump onto anything, try to spin it,” he continued. “And if it sounds too good to be true, they just go so all in that they’ve just lost all credibility with reasonable people, with thinking people because it’s like, this is nuts.”

On social media censorship, the president’s son pointed out that Big Tech is de-platforming conservatives ahead of the 2020 election.

“I was literally taken down for ‘hate speech’ because they wanted it to be true, not that it actually was true,” Trump said.

“Censorship is certainly happening. You can see it. It’s getting worse. And they’re trying to minimize what [President Trump] is able to do, and able to do better than anyone before him, so they can get the results that they want. And it’s pretty sick and it’s gotta stop,” he added.

Infowars will soon file a lawsuit against Facebook, because of their unfair censorship practices against Alex Jones. Norman Pattis joins Owen in-studio to break down this precedent setting case.