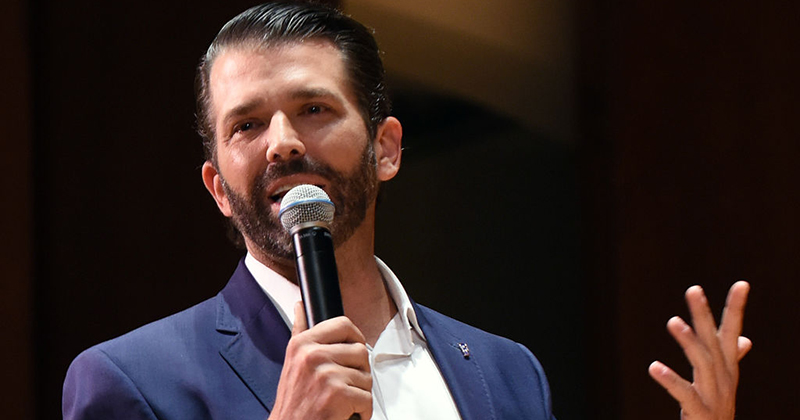 Donald Trump Jr has been temporarily suspended from Twitter for posting a video of doctors supporting hydroxychloroquine as a treatment for COVID-19.

On Monday, a number of doctors appeared outside the Supreme Court to profess the usefulness of hydroxychloroquine in treating and stopping the spread of COVID-19 when used as a prophylactic.

On Monday night, as President Donald Trump began posting about the use of hydroxychloroquine to treat COVID-19 following a viral video of a doctor touting its ability to not only treat but prevent the disease, Twitter removed at least three of the president’s tweets, leaving no trace of what the president wrote on the social media platform.

She continued, “On top of that, I’ve put myself, my staff, and many doctors that I know, on hydroxychloroquine for prevention, because by the very mechanism of action, it works early and as a prophylactic. We see patients, 10 to 15 COVID patients every day. We give them breathing treatments, we only wear a surgical mask. None of us have gotten sick. It works.”

Trump Jr posted the video on Twitter of the hydroxychloroquine discussion. “This is a much [sic] watch!!!” Trump Jr tweeted. “So different from the narrative that everyone is running with.”

The tweet was then removed from Twitter, and he received a 12 hour suspension for “violating the policy on spreading misleading and potentially harmful information related to COVID-19.”

Representative Jim Banks noted that this week an epidemiologist from Yale wrote a column arguing that hydroxychloroquine is “the key to defeating coronavirus.” Banks argued that as the science is “not settled on this, why are Big Tech engineers, that have no medical qualifications, suppressing this debate?”

The President also had a number of his tweets removed on Monday night that promoted the use of hydroxychloroquine. This is the first time that Twitter has completely removed tweets by President Trump, while it previously stuck to placing notices meant to debunk his claims.

In May, the President signed an executive order that would target the Section 230 liability protections of Big Tech. The order announced that their “liability shield” would be removed if they engage in “censoring or any political conduct.”