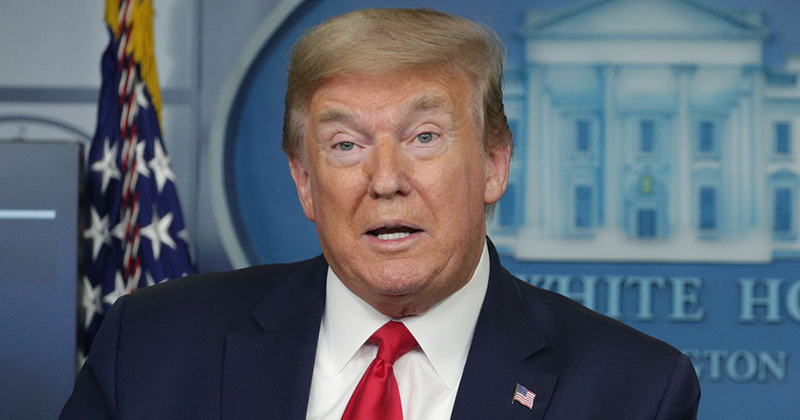 President Trump launched a new attack on the World Health Organization accusing the agency of ignoring a Taiwanese email ‘alerting’ them of human-to-human transmission.

The president was quoting Lanhee Chen, a fellow at Stanford University’s Hoover Institute, who made an appearance Friday morning on Fox News Channel to promote a new op-ed.

‘Why did the W.H.O. Ignore an email from Taiwanese health officials in late December alerting them to the possibility that CoronaVirus could be transmitted between humans?’ Trump tweeted, quoting Chen.

Owen exposes those on the left and in the MSM that are actually trying to blame Trump for coronavirus instead of the communist Chinese government.

‘Why did the W.H.O. make several claims about the CoronaVirus that are either inaccurate or misleading in January or February, as the Virus spread globally? Why did the W.H.O. wait as long as it did to take decisive action?’ Trump continued, adding Chen’s name and the Twitter handle Fox News at the end of his tweet.

Trump has taken heat from Democrats, from Microsoft co-founder Bill Gates and from organizations like the American Medical Association for his decision to halt U.S. funding for WHO over the organization’s handling of the coronavirus pandemic.

The president has accused WHO of being too China-centric and said they should have supported his travel ban from China that was announced in late January.

During the ‘Fox & Friends’ segment Chen also asked, ‘Why did they instead focus on simply repeating what Beijing was telling them about the virus?’