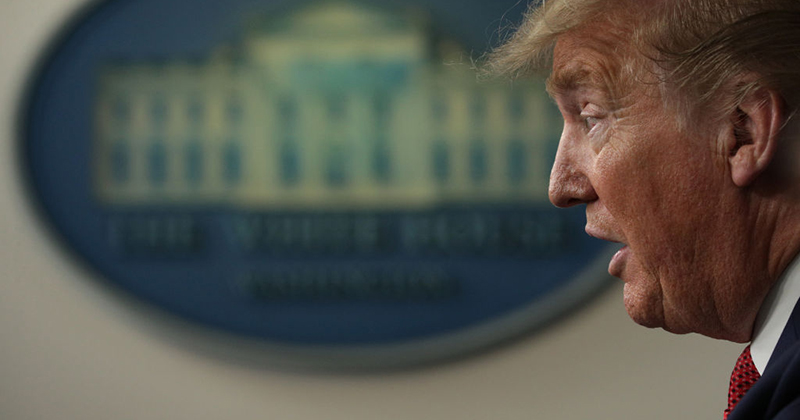 President Donald Trump said Friday at the White House that the United States would continue to investigate the origin of the coronavirus.

Recent reporting has questioned whether the virus could have come from a virology lab in Wuhan that was studying bats, rather than a bat sold in a Wuhan wet market.

Trump did not confirm or deny either theory but acknowledged that he was aware of the reports.

“It seems to make sense, they talk about a certain kind of bat, but that bat wasn’t in that area, if you can believe this, that’s what they’re down to now, is bats,” Trump said.

It’s now official: Communist China is directing Big Tech censorship of the American people, Congress & the Pentagon – God help us. Twitter is banning Americans like Owen Shroyer and others for promoting their First Amendment rights of peaceful assembly. Is Trump going to do something about this, or will he allow Chinese censorship to take over social media, whose platforms were key to his 2016 victory? Tune in now!

Newsmax reporter Emerald Robinson asked Trump about an NIH grant of $3.7 million to the Wuhan virology lab, during the Obama administration in 2015.

“We’ve instructed that if any grants are going to that area, we are looking at it literally an hour ago, and also early in the morning, we will end that grant very quickly,” Trump said.

He added, “Who was president then, I wonder?”