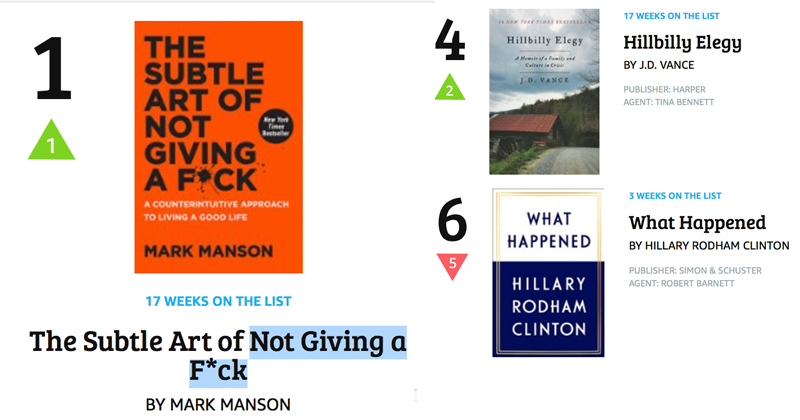 A book on “Not Giving a F*ck” is outselling Hillary Clinton’s post-campaign book What Happened, according to the Amazon Sales Chart.

Mark Manson’s The Subtle Art of Not Giving a F*ck, applauded by critics for its frank message of “what to care about – and most importantly, what not to care about,” is at the top of the charts on Amazon.com whereas What Happened is currently at #6 and spiraling downward after hitting its peak at #5. 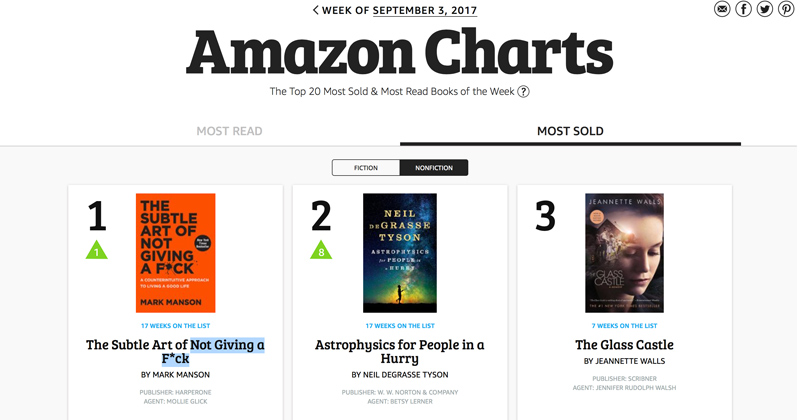 “Let’s be honest; sometimes things are fucked up and we have to live with it,” writes Manson.

Sounds like a book Hillary needs to read; so far she’s blamed everyone from Alex Jones, Bernie Sanders, Wikileaks and even left-leaning Facebook for her loss in the presidential election.

Hilariously, Hillary’s book is already hitting the bargain bins at bookstores because, as Manson puts it, “we have a limited amount of fucks to give.”

Ironically, What Happened is also getting beat out by Hillbilly Elegy, a memior in which author J.D. Vance examines the economic decline of America’s rust belt – and Clinton also blasted working-class whites for backing Donald Trump. 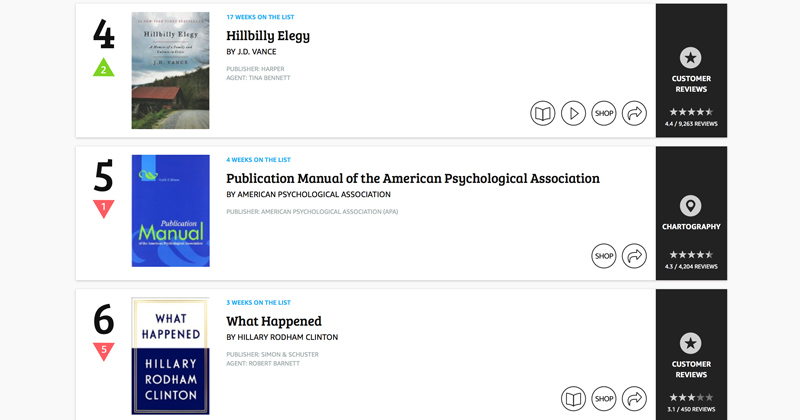 “A culture of grievance, victimhood, and scapegoating has taken root as traditional values of self-reliance and hard work have withered,” Clinton writes. “There’s a tendency toward seeing every problem as someone else’s fault whether it’s Obama, liberal elites in the big cities, undocumented immigrants taking jobs, minority’s groups soaking up assistance—or me.”

Sounds like Clinton is merely projecting.  Maybe instead of constantly passing blame, she should read Manson’s book for guidance:

“Everything worthwhile in life is won through surmounting the associated negative experience. Any attempt to escape the negative, to avoid it or quash it or silence it, only backfires.”