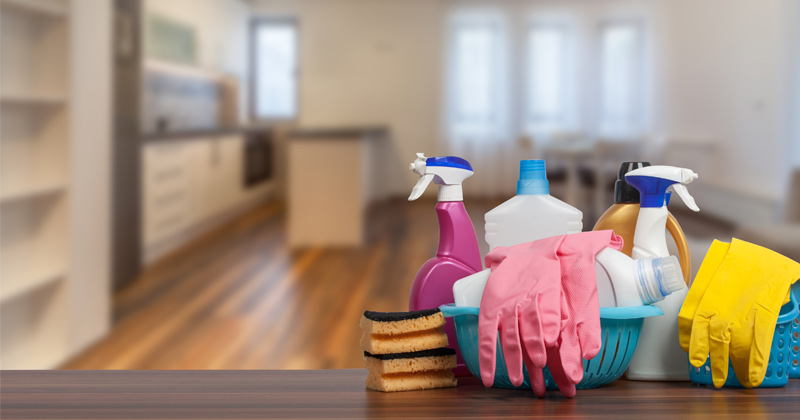 When you run across an article with a title such as this, it simply begs to be read: “It’s not thanks to capitalism that we’re living longer, but progressive politics.”

That’s from The Guardian last week, and the article assures the reader that the science behind today’s relatively high level of safety and cleanliness didn’t come from the wealth produced through the marketplace in recent centuries. No, it turns out government institutions are responsible for it all. Author Jason Hickel writes:

“It wasn’t until the 1880s that urban life expectancies finally began to rise – at least in Europe. But what drove these sudden gains? Szreter finds it was down to a simple intervention: sanitation.

Public health activists had discovered that health outcomes could be improved by separating sewage from drinking water. And yet progress toward this goal was opposed, not enabled, by the capitalist class…factory owners refused to allow officials to build sanitation systems on their properties, and refused to pay the taxes required to get the work done.”

It’s common to see statements like this smuggled into articles. The idea is plain to see. Property owners and those involved in “capitalism” don’t care about the public at all, and any advances in the well-being of others, in this case, “sanitation,” only come about through the tireless work of heroic “public health activists.” In fact, even when the work of these brave activists is revealed, the greedy property owners do everything they can to stand in the way of progress. It’s a tired narrative, really.

There’s so much wrong with relatively short statements like this that it’s tough to focus on a single topic for rebuttal. But can we simply assume government bureaucrats and regulators are the good guys here? In fact, for the specific type of knowledge here – sanitation – the medical establishment and state-funded institutions have often actively stood in the way and prevented the dissemination of new information and practices. And, this could very easily explain, in part, why property owners refused to surrender their private-property rights and pay more taxes to “get the work done.”

One such example is the case of Ignaz Semmelweis, a physician and amateur scientist in Vienna in the mid-1800’s. Dr. Semmelweis was determined, through his own experimenting, to understand why the maternal mortality rate was about 10% in his obstetrics clinic at the state hospital in Vienna. That’s right, about 1 in 10 mothers would not survive giving birth in these “free” institutions. What troubled Dr. Semmelweis was that another clinic in the hospital had a maternal mortality rate of about 4%. Why were the outcomes so different?

Dr. Semmelweis set about to document the differences in practice between the two clinics in order to understand and improve conditions in the first clinic with the higher mortality rate – and ultimately, to reduce mortalities in both.

It was common practice at the time for physicians to perform both autopsies and deliver babies, without handwashing or sanitary practices being performed in between. After ruling out several other factors, Dr. Semmelweis concluded that the physicians must be carrying “cadaverous particles” from the autopsy room to the patients. The first clinic (the “free” one), with the higher mortality rate, was the teaching clinic, and therefore, many autopsies were performed there.

Dr. Semmelweis instituted a handwashing procedure that used a chlorine-based solution, and the results were astounding. The mortality rate, which was 18% at that specific time, fell to 2.2% the next month. Within two months of the new protocol, and likely improved adherence to the new practices, the mortality rate was 0%.

Shockingly for us, with the benefit of hindsight, these insights were rejected by the medical establishment throughout Europe. Because he contradicted the medical dogma of the time, and also apparently because medical personnel refused to see themselves as unclean, Dr. Semmelweis was dismissed from his position at the hospital.

It’s also of interest to note that there was a prevailing view that these maternal mortalities were “inevitable,” and that some women even preferred to give birth on the street, rather than in the clinic. Apparently, if they were on the way to the “free” clinic, but gave birth before getting there, they still qualified for child care benefits. You can get the sense from all of this that many saw “free” healthcare as not so great after all.

So was it governments that created the systems of sanitation we now benefit from? It hardly seems one can place credit at the feet of bureaucrats and regulators. It was not at all clear, in the 1880’s, that sanitation systems of any kind were necessary because the medical establishment often opposed the idea. Indeed, the germ theory of disease was introduced by Louis Pasteur, and was expanded by Robert Koch only by the 1880’s. Perhaps listening to research by Ignaz Semmelweis, spread around 30 years earlier, would have sped this process along and saved countless lives. But thanks to medical “experts” — a great many of them employed by governments — this knowledge was impeded for decades.

Lastly, I have to point out another false narrative so common in articles like this one at The Guardian. Hickel states that “factory owners refused to allow officials to build sanitation systems…” But state “officials” by themselves wouldn’t have the slightest clue about how to construct a city’s or a nation’s sanitation system. It was the private sector that had driven forward so much progress in new construction practices, new construction materials, and efficient engineering. The idea that government officials themselves created the incredients of a modern, clean city is not to be believed.