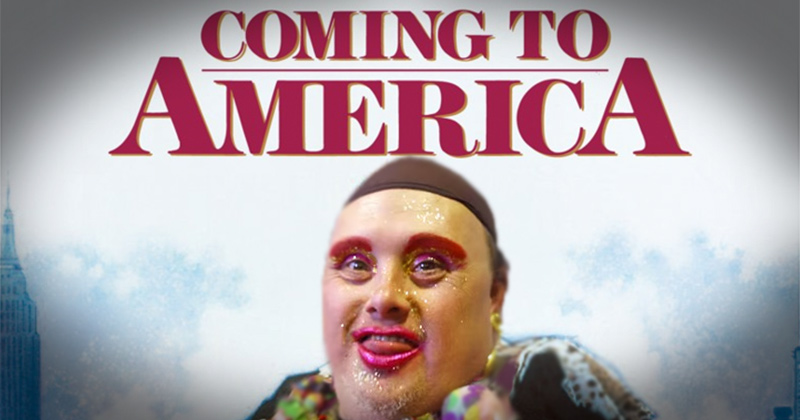 A U.K. drag troupe called “Drag Syndrome” is making its first appearance in the United States on Saturday in Grand Rapids, Michigan.

The group was scheduled to perform at an all-age, public art festival called Project 1, but the production was nearly canceled following pushback from Republican congressional candidate Peter Meijer.

The performance was set to take place at Tanglefoot Studios, an outdoor amphitheater, but according to Out.com, “Tanglefoot owner Peter Meijer took issue with the event. Meijer, the grandson of retail chain magnate Frederik Meijer and a Republican candidate for Congress, claimed in a letter to festival organizers that people with Down Syndrome must be ‘protected’ from exploitation.

Meijer said, “The differently-abled are among the most special souls in our community,” and that they are not “in a position to give their full and informed consent.”

The Michigan-based advocacy group behind the event, DisArt, reached out to Meijer and discussions took place, but ultimately, Meijer decided not to allow the troupe to perform at the amphitheater.

With less than two weeks to go before the event, DisArt claimed Meijer was “discriminating” against the group and even teamed up with the ACLU to file a formal complaint.

The congressional candidate defended his decision on Twitter, writing, “The notion that I am discriminating against the disabled is profoundly offensive.”

Statement from @VoteMeijer, who is defending his decision to not allow "Drag Syndrome" to perform in his building. @FOX17 pic.twitter.com/8pIvci4Slk

“I’ve always wanted to become a famous drag king and I don’t want people in America to think that Daniel is abusing us,” he stated.

Statement from Justin Bond regarding the horrible attack on us. Thanks for your support and solidarity everyone! And wish happy birthday to our Justin Bond today! 🎂 #dragsyndrome #solidarity #t21 #downsyndrome #drag #humanrights

Daniel Vais is the creative director of Drag Syndrome, but contrary to Bond saying he always wanted to be a drag king, Vais admits he introduced drag to the individuals who hadn’t been interested before.

As I reported in June, Daniel said one day he asked some of the performers “Would you like to do drag?”

“They got so excited. They started researching drag,” he continued, proving the Drag Syndrome performers were unfamiliar with the culture before he implanted the idea.

Despite the last-minute venue cancelation, Drag Syndrome was able to find another location on Friday.

The Wealthy Theater in Grand Rapids, Michigan, a theater built in 1911, will now host the troupe on Saturday.

The group announced the event’s reinstatement on Instagram, alongside a photo of a member giving the finger, saying, “Don’t even try to censor or cancel us! We are royals!”

Don’t even try to censor or cancel us! We are royals! And thanks everyone for your support! ❤️🧡💜💚💚💙 #dragsyndrome

CNN, BBC, Vice, Mashable and NBC have all promoted Drag Syndrome as seen in the following videos:

Check out Alex Jones’ response to Drag Syndrome in the video below:

A group calling themselves “Drag Syndrome” have been targeting children with down syndrome in an attempt to normalize sexual confusion for the mentally disabled.

Alex exposes the actual intentions of those that prey on the weak-minded.