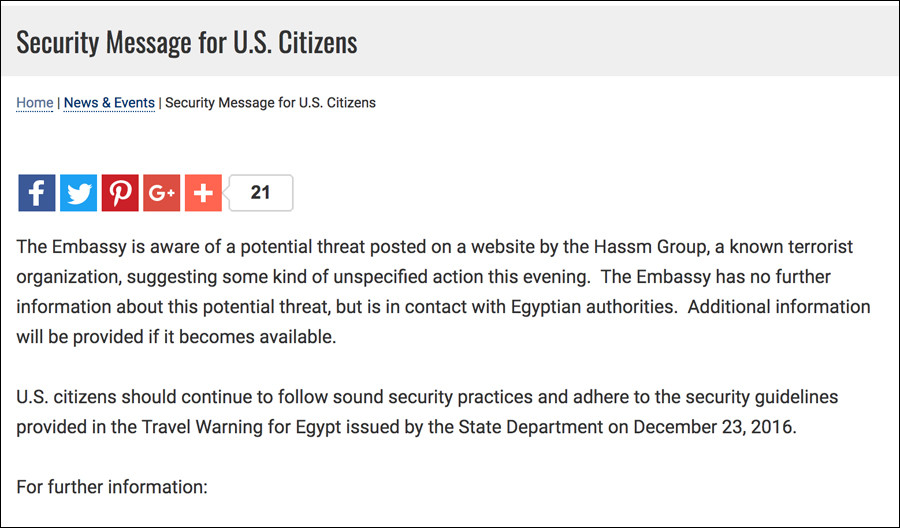 Gunmen opened fire on two buses and a truck carrying Coptic Christians in Minya, Egypt on Friday, killing at least 23 and injuring 25.

The attack happened as the victims traveled from Beni Suef province to the Anba Samuel monastery near the southern city of Minya, according to local security sources, cited by Haaretz.

There is no immediate claim of responsibility.

Ambulances dispatched from the cities of Beni Suef and Minya are transporting victims to local hospitals in Adwa, Minya, Maghagha, according to local news outlet Youm7.

The US Embassy in Cairo warned of an imminent but unspecified terrorist attack on the night of May 24.

“The Embassy is aware of a potential threat posted on a website by the Hassm Group, a known terrorist organization, suggesting some kind of unspecified action this evening,” the Egypt mission said in a statement.

Dramatic images and video from #Egypt in wake of #church #attacks https://t.co/WGKNUVlw0y pic.twitter.com/uDXuuWh4PA