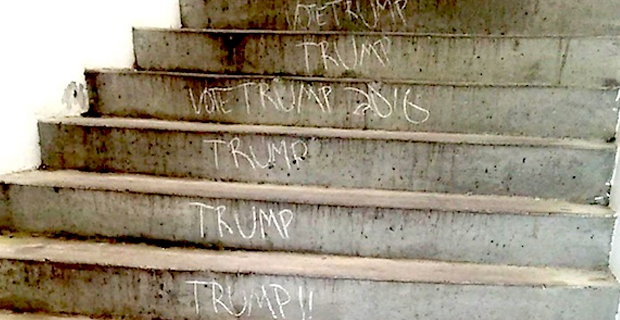 Several students at Emory University in Atlanta requested a meeting with the school’s president after the words “Trump 2016” were scrawled across campus.

Jim Wagner, the university president, said Tuesday he had spoken with some 40 to 50 students after they claimed they were triggered by the words “Trump 2016” and other pro-Trump messages written in chalk on buildings and sidewalks around campus.

The students said they were threatened by the “intimidating” messages, and voiced “genuine concern and pain” to administrators, reports the Associated Press.

The president met with students following a protest outside the Emory Administration building Monday in which demonstrators displayed “Stop Trump” and “Stop Hate” signs, with one student yelling, “You are not listening! Come speak to us, we are in pain!”

The college news site The Tab published several photos of “the chalking.” 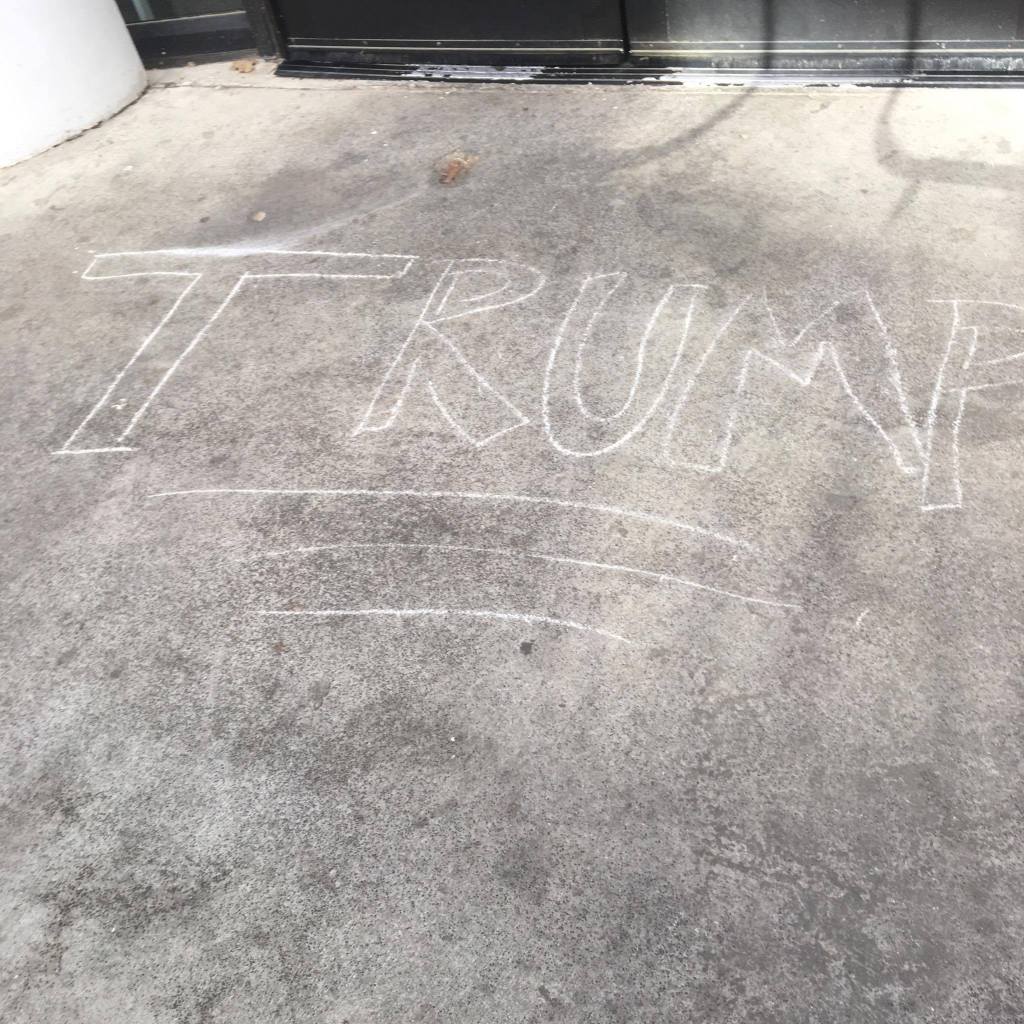 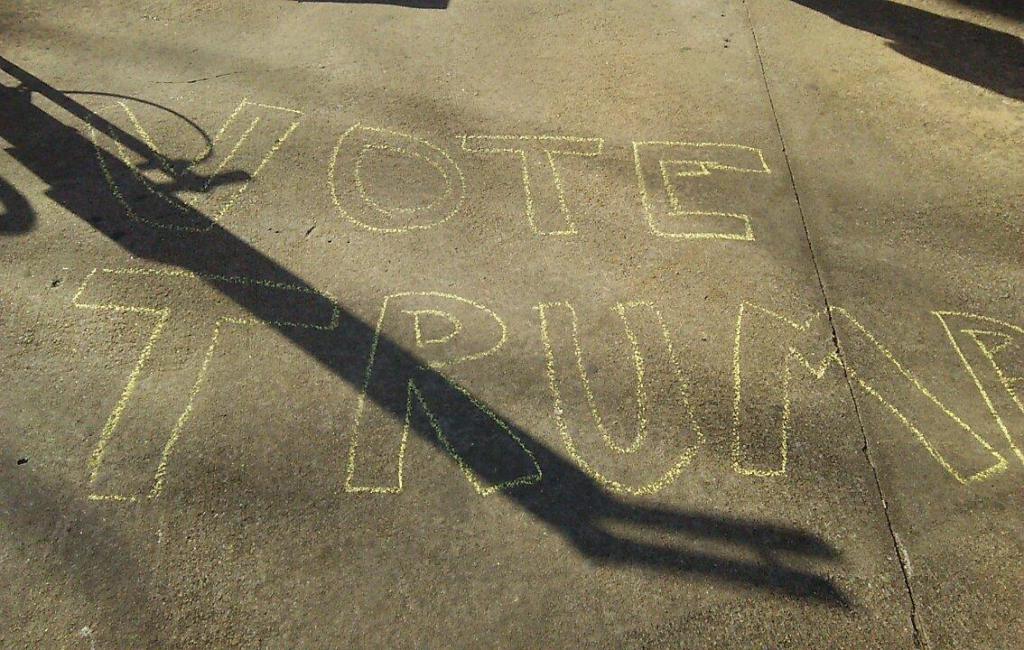 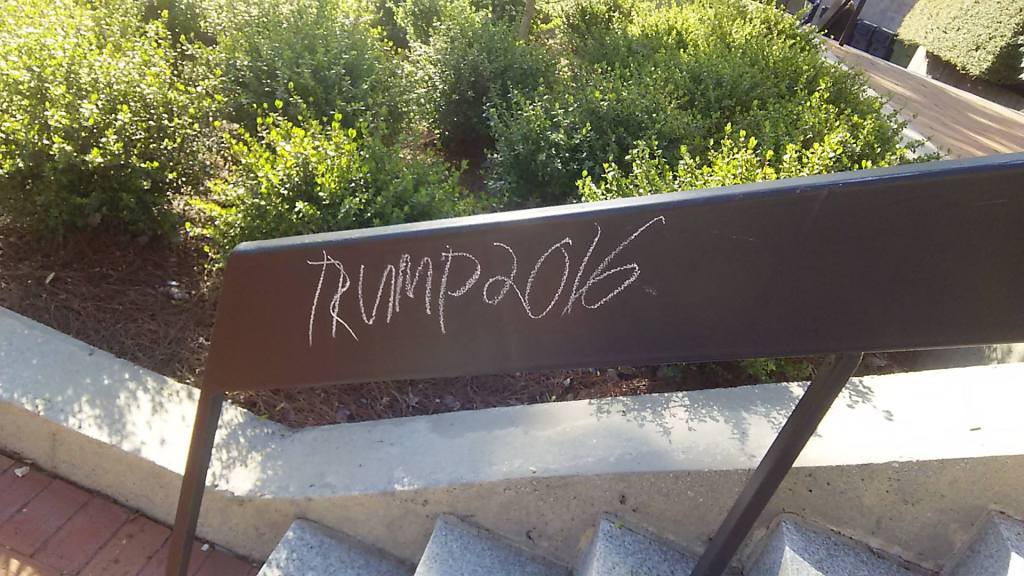 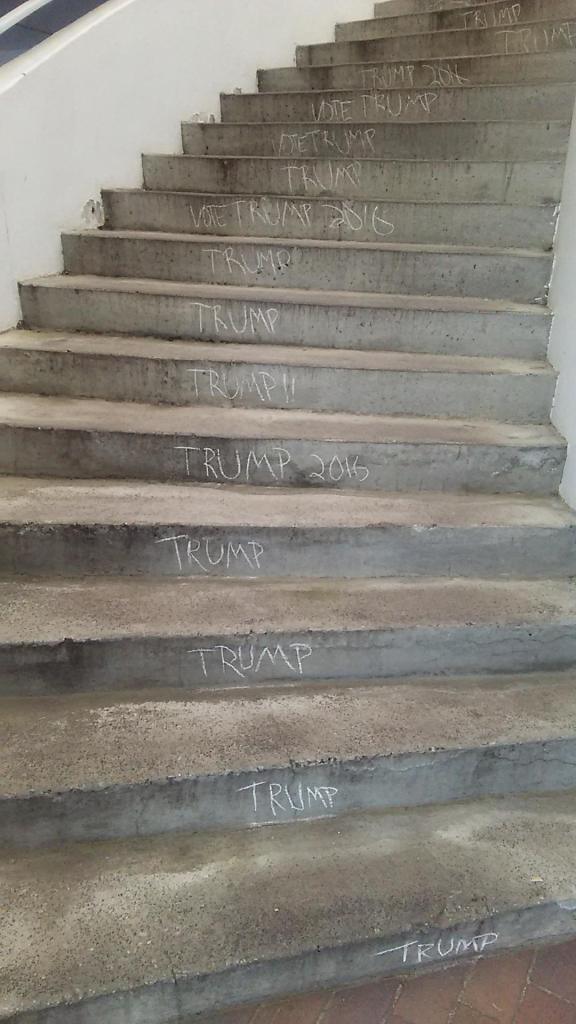 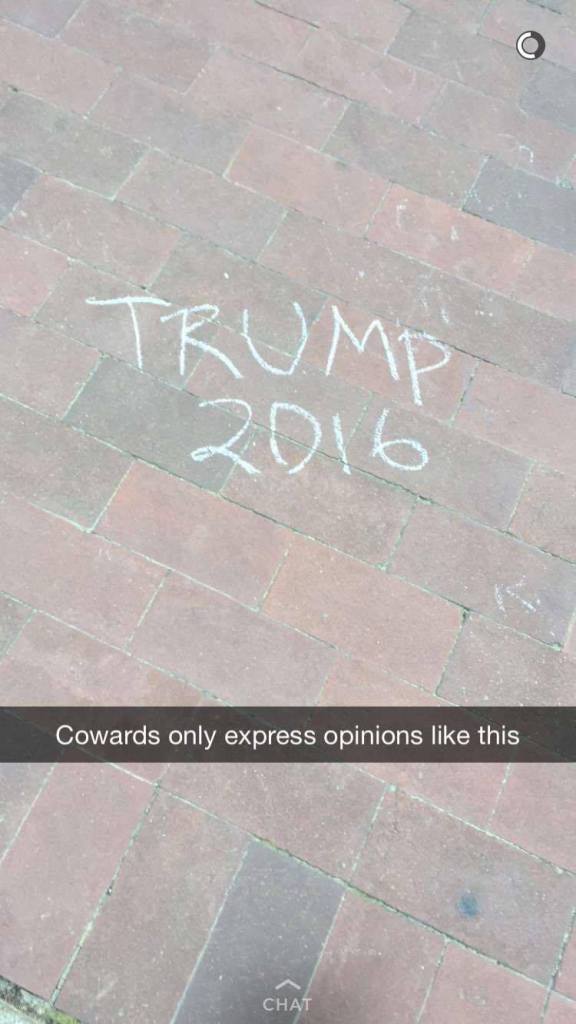 “I’m supposed to feel comfortable and safe [here],” one female student told Wagner according to The Emory Wheel college paper. “But this man is being supported by students on our campus and our administration shows that they, by their silence, support it as well … I don’t deserve to feel afraid at my school.”

According to the paper, one student even wept as he asked the president, “How can you not [disavow Trump] when Trump’s platform and his values undermine Emory’s values that I believe are diversity and inclusivity when they are obviously not [something that Trump supports],” while another questioned, “Banning Muslims? How is that something Emory supports?”

“[Faculty] are supporting this rhetoric by not ending it,” another student charged.

Speaking to The Wheel, freshman Amanda Obando described, “My reaction to the chalking was one of fear… I told myself that it was a prank, and that the responsible individual was probably laughing in their room. I told myself that Emory would do something about it.”

Another student said he was “alarmed” by some of the Trump messages he read.

“I saw one big one, ‘Trump 2016,’ so I thought it was an isolated incident and I didn’t think much of it,” junior Harpreet Singh told the Wheel. “I thought, ‘Okay, it’s just a guy who wants to write whatever he wants to believe in for his political campaign.’ I was like, ‘Okay, I’m fine with that, to a certain extent.’”

“What I also saw on the steps near Cox [Hall] Bridge was ‘Accept the Inevitable: Trump 2016,’” Singh continued. “That was a bit alarming. What exactly is the inevitable? Why does it have to be accepted?”

Wagner reassured the students that the university was “committed to an environment where the open expression of ideas and open, vigorous debate and speech are valued, promoted and encouraged.”

“Was it really just a message about a political preference, a candidate preference, or was it a harsher message?” Wagner asked. “And I will tell you, those who met with me were genuine in their concerns that it was the latter.”

University authorities are now investigating the person behind the chalkings, and student organizations are reportedly offering counseling for anyone negatively impacted by the messages.

Watch: Jon Bowne asks University of Austin students if they would feel offended by Trump 2016 chalkings: