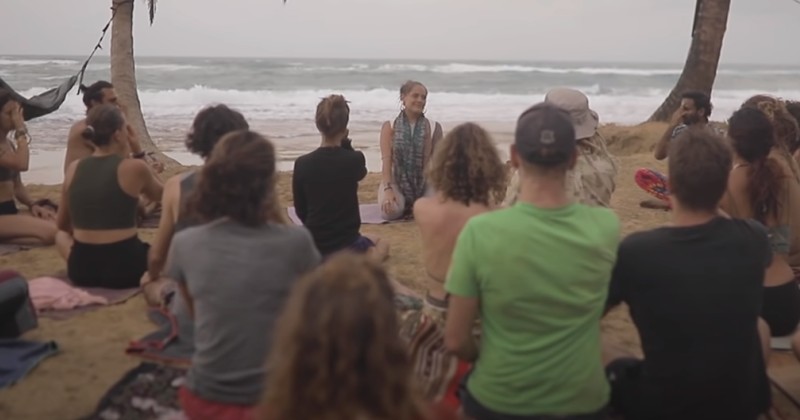 Dozens of hippies who got stuck at a festival in Panama due to coronavirus realized that the collectivist utopia they sought after is actually “hell” as they bicker over food and territory.

One doesn’t want to laugh too much at their misfortune, but dear God, this is funny.

The Tribal Gathering Festival, billed as “paradise on earth,” was supposed to end on March 15, but 40 western hippies remain trapped at the site because Panama announced a national emergency due to COVID-19 and placed them under quarantine.

A subsequent ban on all entry and departure flights now means the hippies are likely to be stuck in “paradise” until the end of May.

A VICE documentary short about their plight shows attendees complaining about how they are “stuck in hell” as they struggle with bad weather and major sewage issues at the campsite.

“At first it was like a paradise, but when you are locked in, it’s not paradise any more,” one attendee said.

VICE reports that the festival was “designed to be a temporary paradise where people from western cities could learn from indigenous communities about how to rebalance society and live in symbiosis with the earth.”

However, any sense of communitarian oneness appears to have been washed away as attendees bicker and fight over food and territory.

“Don’t try to steal our food, I’ll get really upset with you,” one organizer tells the rest of the crowd. “And remember where you are, you’re in my fucking manor,” he adds.

“I’ve been camping on a beach for 80 days!” said Doug Francisco, who led Extinction Rebellion climate change activists last year. “While the festival was still going on, the police came in and tried to shut it down.”

Food, cleaning products and tobacco is all in short supply, with some hippies having to do manual labor to stay fed.

Attendees decided to visit the festival at the end of February despite serious government warnings against international travel and the expectation, which was obvious by that time, that coronavirus would devastate flight routes.

“While the situation is terrible, of course, it has also become extremely comical,” reports the District Herald. “The hippies are now being forced to live in their theoretical utopia — and they aren’t having the amazing time that they imagined.”