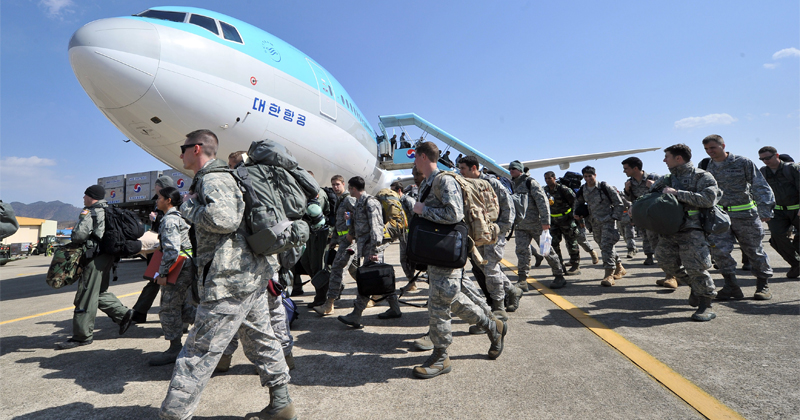 A fire broke out inside a chemical compound at a major US Air Force base on the Japanese island of Okinawa, triggering the release of chlorine and affecting multiple people who were treated for exposure to toxic gas particles.

Fire alarms were activated on Monday at a building where hazardous materials are stockpiled, Japanese and US media reported. Located in the central part of Kadena Air Base, the facility burned for a few more hours, though the firefighters didn’t let it spill over the base perimeter.

The base, said to be America’s largest military installation in the region, confirmed on Facebook that the blaze “released chlorine gas particles” into the air. Footage that surfaced online shows thick plumes of black smoke rising from the hazmat facility.

It was confirmed that black smoke was rising from a building near the south runway of #US Army #Kadena Air Base, on the Island of #Okinawa. pic.twitter.com/nEcNlHBUgE


Base command sealed off the roads and evacuated areas both upwind and downwind of the burning site as firefighters put out the flames.

US military media reported later in the day that at least 45 people were treated for exposure to smoke and chlorine, a highly toxic chemical agent.

Those suffering from shortness of breath or coughing, irritation, and runny nose, were urged to consult a doctor. Meanwhile, Kadena’s medical group canceled all routine appointments, apparently bracing for further treatment of those affected.

Kadena Air Base houses over 20,000 service members and their families, along with the USAF’s 18th Air Wing and reconnaissance units.

Okinawa accommodates about half of the American troops stationed in Japan, to the great displeasure of many locals. In recent years, there have been protests against noise pollution, as well as the environmental impact and behavior of US soldiers, who have repeatedly been involved in sexual assaults and even deadly incidents on several occasions.