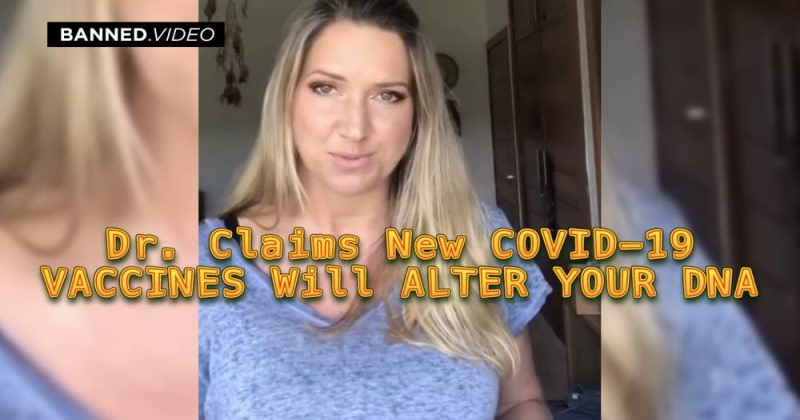 Dr. Carrie Madej, an Internal Medicine Specialist with over 19 years of experience, claims that the COVID-19 vaccine could be a Trojan Horse used to patent human beings, as it will change one’s DNA.

In this video, she speaks about the agenda to inject an experimental vaccine into everybody on the planet.

The gene-altering vaccination would tweak human DNA into a cell line major corporations could patent, hypothetically owning the people with altered DNA.

This recombinant DNA technology is being spearheaded by companies like Inovio, GlaxoSmithKline, Sanofi and Moderna.

Alex Jones showed a clip from the 1982 John Carpenter film The Thing where an alien organism takes over the cells of dogs and humans, similar to the way the globalists want to take over human cells with synthetic nanotech vaccines.

Jones explained the same elitist agenda in a show segment last week, saying, “They’re marking you digitally and genetically with a virus and they have a vaccine that isn’t even a vaccine, it goes in and reprograms your cells at the cellular level, taking control of the nucleus and mitochondria. It’s called cancer folks.”

In the age of extreme internet censorship, it’s imperative that you share crucial information such as the content covered by Dr. Madej.