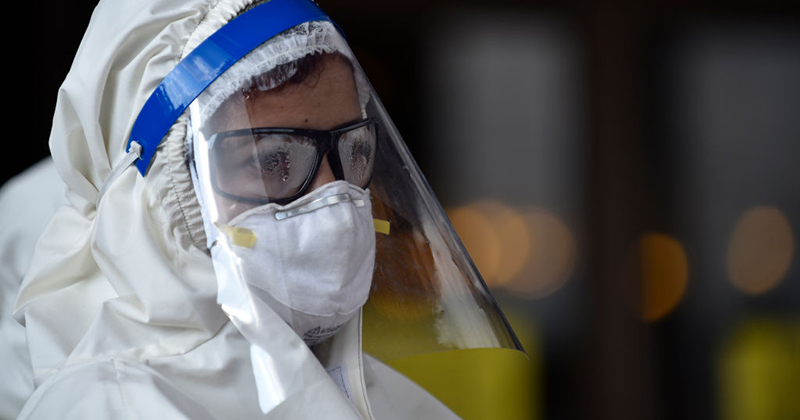 Wuhan, China, the original hotspot of the Covid-19 pandemic, has reported five new indigenous cases as the number of infections across mainland China has grown slightly.

China reported 17 new cases of the novel coronavirus on Monday – three more than the day before. Of the newly-detected cases, seven are linked to overseas travel, and 10 are believed to be the result of local transmission.

In addition to five indigenous cases in Wuhan, three others came from Jilin province, one from Liaoning, which borders North Korea, and another from Heilongjiang province, which borders Russia.

#Update As of May 10, 17 new confirmed #COVID_19 cases were reported in Chinese mainland, according to National Health Commission. #coronavirus pic.twitter.com/Xv9D5msrY8

While these figures might not sound so alarming considering that China was registering thousands of cases per day in February during the peak, it still marks the nation’s biggest jump in confirmed infections since April 28.

The latest data from Wuhan, which just last month celebrated the recovery of the last patient with severe Covid-19, can also be seen as a worrying sign since it is the most significant increase in cases for the pandemic ground zero in two months.

The last time Wuhan reported more than five new cases in a single day (eight) was on March 11.

However, it was not until early April that the last remaining travel restrictions imposed on the city when it was fighting the outbreak were lifted after 76 days of lockdown. Around the same time, Wuhan for the first time reported zero daily deaths from the disease.

Considering the steady drop in the number of new patients, Beijing has gradually relaxed coronavirus measures across the country, on Thursday declaring all of China to be ‘low risk’ in terms of coronavirus.

Apart from Hubei, there has been a surge in infections in Shulan in the northeastern Jilin province, where all of the new cases are believed to be traced to a single woman. Concerned about a possible second wave of the disease, local authorities raised the risk level from low to medium last week.

From the onset of the pandemic, China has reported a total of 82,918 cases, including 4,633 fatalities.