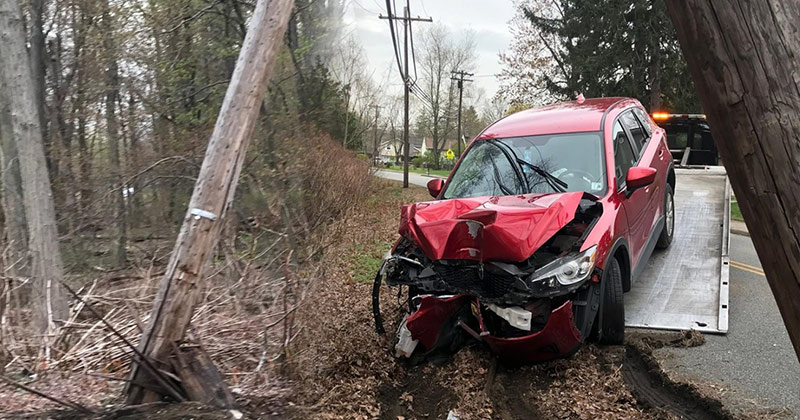 A driver in Lincoln Park, New Jersey wrecked their car after the N95 mask they were wearing cut off their oxygen supply to the point they passed out and hit a telephone pole.

The driver, who remains unidentified, wore the mask for several hours before the incident and had been breathing in too much carbon dioxide and not enough oxygen, according to a Lincoln Park Police statement on Facebook.

While the department maintained citizens should continue wearing masks when in public, they did admit that “in most cases, the wearing of this type of mask while operating a vehicle with no other occupants is unnecessary.”

Alex breaks this down and more on the Friday edition of the Alex Jones Show:

“We do know that the driver had been wearing an N95 mask inside the vehicle for several hours and ultimately passed out while operating the vehicle,” the press release stated.

The department added, “We also know that nothing was uncovered at the accident scene that would suggest that the driver was under the influence of drugs or alcohol.”

Concluding their statement, the police department told the community, “Motorists and the public alike are reminded that while masks should be used in public settings to help prevent the spread of COVID-19, they are not necessary outdoors when social distancing can be maintained, and especially not necessary when driving a vehicle with no additional occupants.”

Describing common issues associated with wearing face masks, independent journalist Akshita Nagpal explains, “A person wearing any kind of mask faces breathing resistance as air filters through the device, making the wearer work harder to inhale than he would without the mask.”

“This can have several adverse physiological effects when the mask is worn for long periods of time,” she continues. “Moreover, carbon dioxide that is exhaled can get trapped in the chamber of the mask the re-enter the body each time the mask user inhales. This delivers less oxygen into the body than when the person is not wearing a mask.”

Dr. Saha also pointed out that masks are a often sources of bacteria and viruses, saying, “The moisture from exhalation inside the mask, when in constant contact with the 37 degrees Celsius warm human body, becomes ideal place for virus and bacteria to thrive. This could result in the growth of microbes on masks and aid the spread of airborne diseases like influenza.”

During a press conference with the Coronavirus Task Force, a hot mic caught Fox reporter John Roberts commenting on the low death rate of coronavirus.