The foreign policy community’s favorite counterinsurgency adviser, or at least their favorite Australian one, David Kilcullen, told lawmakers last week that the drone strikes targeting Al Qaeda and Taliban fighters in Pakistan are creating enemies at a far faster rate than its killing them. According to statistics he provided, the success rate of the drone bombing campaign is extremely low: just 2 percent of bombs dropped have hit targeted militants. The other 98 percent? Those killed noncombatant Pakistani civilians, he said.

[efoods]Since the drone strikes began in earnest in 2006, the U.S. has killed 14 mid-level Al Qaeda and Taliban leaders. In the same time frame, the strikes have killed 700 Pakistani civilians, Kilcullen said May 7, speaking before the House Armed Services Committee, Subcommittee on Terrorism and Unconventional Threats. The strikes themselves are not particularly unpopular in the tribal areas, the FATA, that border Afghanistan, as many of the people there are weary of the militants operating in their midst. Where the strikes are extremely unpopular, he said, is in the more populated areas of Punjab and Sind, areas where there has been a big jump in militancy since the bombing campaign began.

“Right now our biggest problem is not the [extremist] networks in the FATA, but the fact that Pakistan may collapse if this political instability continues.” The U.S. should stop the bombing campaign against the Pakistani Taliban and instead return to a narrower target set aimed only at Al Qaeda operatives, Kilcullen said, as the bombing campaign has simply become too counterproductive. The Taliban run a very effective “information operations” that broadcasts the death toll from U.S. strikes to feed a rising tide of popular anger against the U.S. and western involvement in Pakistan, he said.

The issue of civilian casualties caused by U.S. bombing is not simply a humanitarian matter, but is a major factor influencing the political and ideological battles being waged in both Pakistan and Afghanistan, says CSIS’s Anthony Cordesman in an email. “Civilian casualty estimates have effectively become an extension of war by other means,” he says. “Tactics that physically defeat elements of the enemy and lose the population lose the war.”

Cordesman says the U.S. can’t bomb its way to victory in Pakistan. The U.S. is also too unpopular to put significant numbers of troops there. He says Pakistan will either succeed or fail against the Taliban based on whether it can adopt some version of the “clear, hold and build” counterinsurgency strategy the U.S. applied in Iraq, and is trying to apply in Afghanistan, versus “having the Pakistani Army smash its way into Swat and leave, which has been the high point of Pakistani warfighting to date.” 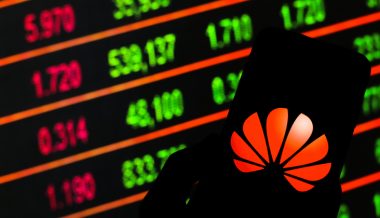