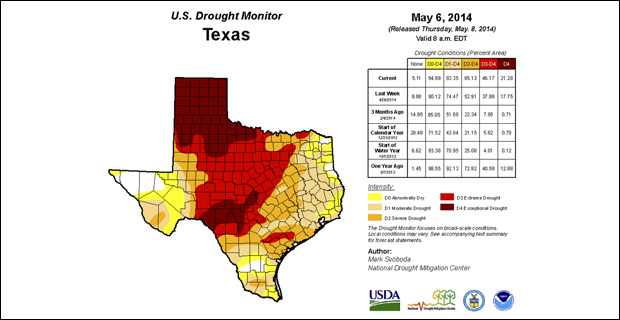 The drought affecting Texas that was blamed on irreversible “climate change” is now over thanks to recent statewide rain.

The U.S. Drought Monitor reveals that only small pockets of Texas are still undergoing drought conditions, in stark contrast to last year when the state was experiencing a severe drought which mainstream scientists blamed on permanent “global warming.” 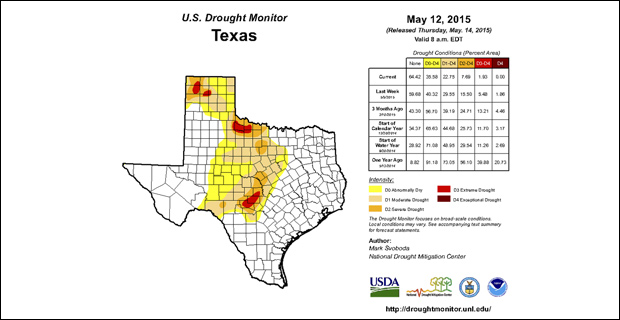 “The climate scientists have been warning us for decades that, due to climate change, there is likely to be a desert emerging in the Southwest — including West Texas, the area where most of Austin’s water comes from,” global warming proponent Roger Baker wrote last year.

And about year ago CNN’s Donna Brazile infamously tweeted that “climate change is real” in response to the drought.

“Most southerners now experience only 2 seasons – hot & humid,” she wrote. “Drought is present in places that had plenty of H20.”

But the contrary, West Texas and other regions of the state just experienced rain storms lasting days.

“Reports from across the [West Texas] region indicate rainfall totals for the past week or so range from as little as just more than an inch to a foot or more,” Ron Smith with Southwest Farm Press reported. “Some fell in a short period of time, creating erosion and flooding problems, but farmers say they’ll take on the repair chores in exchange for much needed moisture in the soil profile.”

In fact, the U.S. Drought Monitor shows that on May 13, 2014, nearly 21% of Texas was under “exceptional drought” conditions, but on Tuesday that percentage was zero.

Overall, moderate to exceptional drought in Texas declined from 73% to just under 23% over the past year, a drop of over 50%.

It’s funny how “global warming” proponents are constantly disproven by the weather, and in a lame attempt to downplay their failed predictions, they are now trying to replace the phrase “global warming” with “man-made climate change.”

“Global warming, climate change, all these things are just a dream come true for politicians,” MIT Professor Richard Lindzen admitted. “The opportunities for taxation, for policies, for control, for crony capitalism are just immense, you can see their eyes bulge.