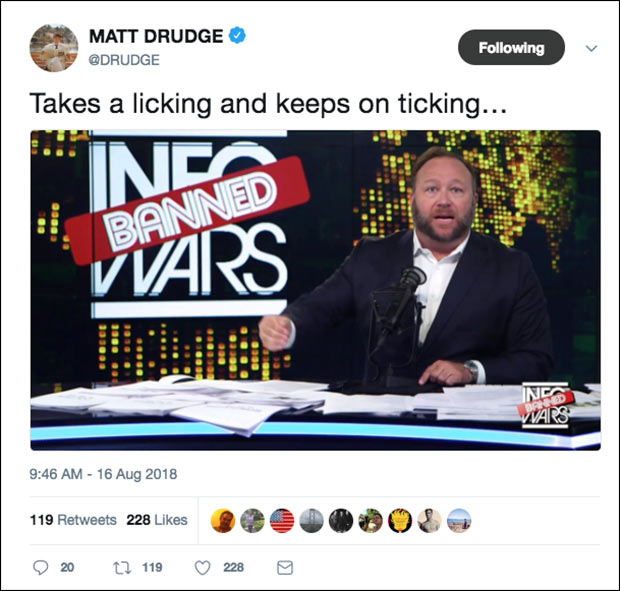 In a comment on Twitter, Drudge, founder of the highly-trafficked DrudgeReport.com, noted that despite recent events, Jones continues to operate at full force.

“Takes a licking and keeps on ticking…” Drudge said.

The news kingpin has provided over the past several days wall-to-wall coverage as major tech companies ban Infowars content for alleged and unspecified policy violations.

Despite attempts by mainstream press outlets and tech companies to stifle content, interest in Infowars website and the Alex Jones Show has skyrocketed.