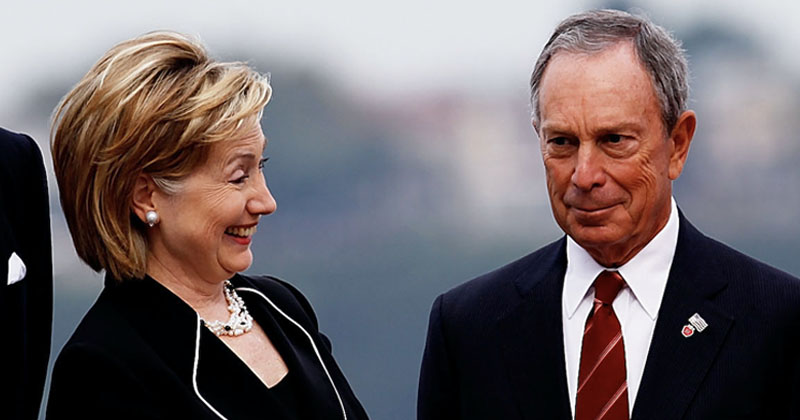 Billionaire Democrat candidate Michael Bloomberg is considering Hillary Clinton as his running mate for the 2020 election, according to conservative news aggregator The Drudge Report.

“Sources close to the Bloomberg campaign tell DRUDGE REPORT that the candidate is considering Hillary Clinton as a running mate, after their polling found the Bloomberg-Clinton combination would be a formidable force…,” Matt Drudge announced on his website Saturday.

Drudge claims that Bloomberg is even prepared to change residencies to assure a Bloomberg/Clinton ticket for 2020.

“DRUDGE has learned that Bloomberg himself would go as far as to change his official residence from New York to homes he owns in Colorado or Florida, since the electoral college makes it hard for a POTUS and VPOTUS from the same state,” he added.

The Bloomberg campaign downplayed the reports, but fell short of denying them.

“We are focused on the primary and the debate, not VP speculation,” Bloomberg communication director Jason Schechter said in a statement.

This comes after weeks of speculation that Clinton would settle for a VP spot in the 2020 race, which the former First Lady vehemently denied.

“Well, that’s not going to happen, but no,” Clinton told Ellen DeGeneres last week when asked about the possibility of joining as a VP nominee for the Democrat ticket.

And in November, Clinton said she was “under enormous pressure” to enter the Democrat race for president.

“I will certainly tell you, I’m under enormous pressure from many, many, many people to think about it. But as of this moment … that is absolutely not my plans,” Clinton said.

As Alex Jones reported, Clinton may only settle for the Democrat nomination. After all, she thinks it’s her turn.

Joel Skousen joins The Alex Jones Show to break down the plans for Hillary Clinton to re-insert herself into the 2020 presidential race.