The Internet is rife with details about the firearms Adam Lanza used to kill 20 children and 6 adults before turning a handgun on himself at Sandy Hook Elementary School in Newtown, Connecticut, on December 14. But information about Lanza’s medical history is scarce, breeding speculation that he may fit the profile of school shooters under the influence of psychotherapeutic medication.

“In virtually every mass school shooting during the past 15 years, the shooter has been on or in withdrawal from psychiatric drugs,” writes Lawrence Hunter of the Social Security Institute. “Yet, federal and state governments continue to ignore the connection between psychiatric drugs and murderous violence, preferring instead to exploit these tragedies in an oppressive and unconstitutional power grab to snatch guns away from innocent, law-abiding people.”

School shooters on psychotropic drugs include:

• Eric Harris, one of the assailants at Columbine High School in Littleton, Colorado, in 1999, whose autopsy revealed he had a therapeutic level of the antidepressant Luvox in his system;

• Steve Kazmierczak, who killed six including himself at Northern Illinois University in 2008 while in withdrawal from the antidepressant Prozac;

• Jeffrey Weise, a student at Red Lake High School in Minnesota, who killed ten and wounded seven in 2005 while on Prozac;

• Kip Kinkel, an Oregon teen who murdered his parents and proceeded on a shooting spree at his high school in 1998, killing two and wounding 25, while in Prozac withdrawal;

• Toby Sincino, a 15-year-old who shot two teachers and himself in 1995 at his South Carolina school while on the antidepressant Zoloft.

The list of criminals on psychotropic drugs includes such infamous names as Ted Kaczinski, John Hinckley, Jr., and the Amish school killer Charles Carl Roberts IV. While committing their violent acts they were all taking antidepressants known as selective serotonin reuptake inhibitors (SSRI).

“One of the things in the past that we’ve known about depression is that it very, very rarely leads to violence,” observed psychiatrist Peter Breggin in a Fox News report. “It’s only been since the advent of these new SSRI drugs that we have murderers, sometimes even mass murderers, taking antidepressant drugs.” The Physicians’ Desk Reference, an authoritative source of all FDA-approved drug-labeling information, identifies hazardous side effects of psychiatric drugs, including suicidal and homicidal ideation.

Despite the abundance of such evidence and a glut of scientific studies proving real danger, “there has yet to be a federal investigation on the link between psychiatric drugs and acts of senseless violence,” according to the Citizens Commission on Human Rights International (CCHR). In the face of the Obama administration’s knee-jerk agitation for gun control, Hunter suggests, “It is pharmaceutical makers, not law-abiding gun owners or gun manufacturers, who should be held to account for the series of ‘lone-wolf’ mass shootings that have occurred since the widespread use of psychiatric drugs began.”

Fox News reported after an initial search of Lanza’s home investigators found no indication the 20-year-old was taking prescriptions. Other evidence suggests he was. Louise Tambascio, a friend Lanza’s mother, told CBS News’ Scott Pelley on 60 Minutes, “I know he was on medication and everything.” ABC News also interviewed Tambascio, who repeated, “I knew he was on medication.”

Connecticut’s chief medical examiner is currently conducting toxicology exams to determine if Lanza was using any behavior-modifying drugs, according to CT Post. It will be several weeks before the medical examiner’s drug tests are complete. 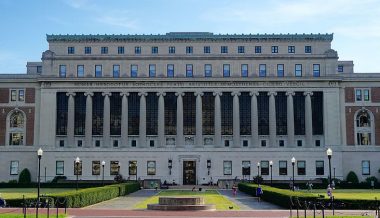 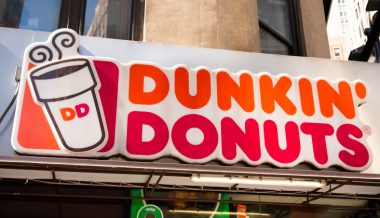