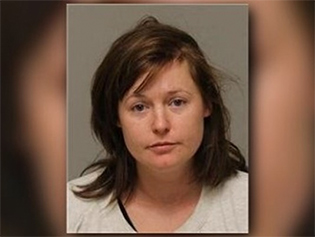 The novel excuse was highlighted on the Lino Lakes Police Department’s Facebook page after the woman, Elizabeth L. Lundberg, 33, was arrested for having a blood alcohol content of .33, four times the state’s legal limit.

“The driver said, ‘I am upset over the outcome of the election and you should let me go home’,” police wrote on Facebook.

After crashing into the vehicles at a stop light, police say Lundberg admitted she had drank two beers.

“However,” notes the Star Tribune, “the officer found an empty vodka bottle in Lundberg’s purse, which was saturated with the liquor.”

Lundberg, who was charged with 3rd degree DWI and celebrated a birthday behind bars, later claimed she was only joking when she made the comment.

The remark was made “well after I asked if everyone was OK, and I said it sarcastically. It was such a fleeting comment,” she claimed, adding, “I did not shed a tear when [Trump] was elected. I’m not really into politics, frankly.”

Lundberg went on to criticize the police department for posting about her arrest.

“I think it’s strange that a police department can tweet something someone said that is so outlandish,” she stated.

Passengers in the other vehicles involved in the chain-reaction crash reportedly only suffered minor injuries.

Lundberg will appear in court in January.