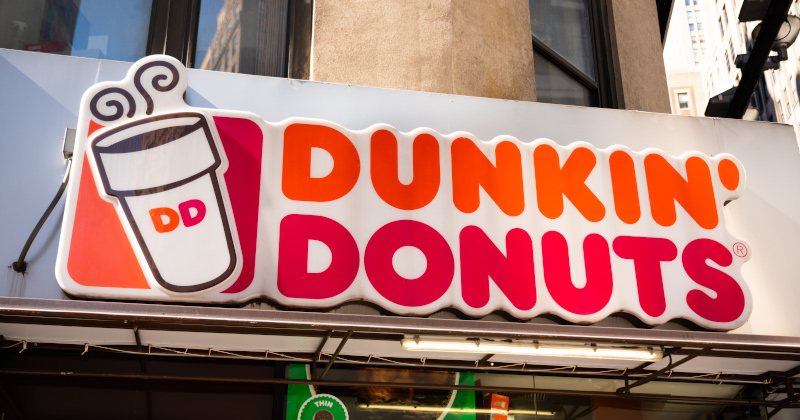 A Dunkin’ employee in Chicago has been arrested on several charges, including battery to a peace officer, after he allegedly spat into a coffee cup he then gave to an unsuspecting state trooper.

The incident that cost Vincent J. Sessler, 25, his job at Dunkin’ took place on Thursday evening, when a Chicago trooper decided to treat himself to a large cup of black coffee.

When the officer was handed the cup, the drink was steaming hot, so he decided to take the lid off and let it cool. Little did he know that an unpleasant surprise was waiting for him inside. As soon as he removed the lid, he saw what is described in a police report as “a large, thick piece of mucus.” The ghastly substance was later confirmed to be saliva, the report said.

The suspected perpetrator was arrested the next day. He was taken into custody, and now faces a litany of charges, including “disorderly conduct,”“reckless conduct,” and “battery to a peace officer.”

Blasting the incident as “outrageous and disgusting,” Illinois State Police Director Brendan F. Kelly said that state law enforcement members would be “prohibited from patronizing this location” from now on.

Dunkin’, in its own statement, said that the employee in question had already been given the boot.

“The franchise owner who independently owns and operates this restaurant informs us that he took immediate action to investigate the matter and terminated the individual responsible for this reprehensible behavior,” the company said, while saying that it has “a deep appreciation” for police work.

A wave of similar incidents where staffers at restaurants were accused of tampering with drinks they prepared for police officers have been reported since the George Floyd protest began in late May, fueling anger against law enforcement. Although not all the allegations have checked out, in some of the cases employees have faced charges.

On July 20, police in Park Ridge, New Jersey reported that 21-year-old Starbucks employee Kevin A. Trejo was arrested on charges of assaulting an officer with bodily fluid, tampering and creating a hazardous condition after he was overheard bragging about spitting in officers’ cups at the coffee shop. Trejo was fired shortly after the incident.