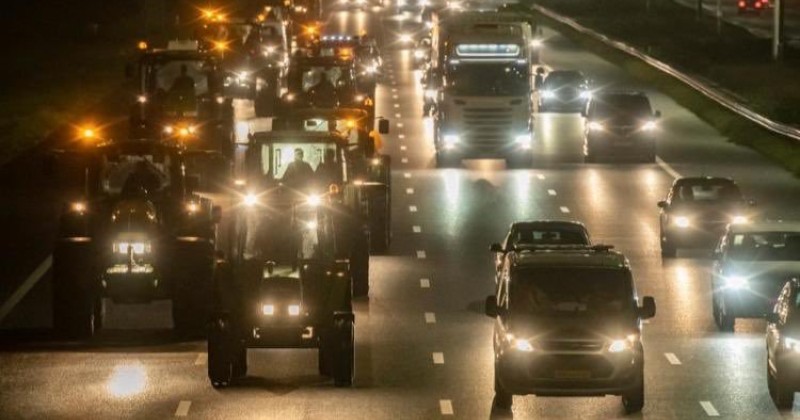 Thousands of Dutch farmers descended on the Netherlands capital to protest against onerous environmental restrictions that threaten their livelihoods.

The demonstrations were sparked after the coalition government proposed that “Dutch livestock farming should be slashed to meet commitments on reducing nitrogen emissions,” reports Dutch News NL.

Farmers traveled to the Hague in their tractors, causing tailbacks in excess of 620 miles and huge traffic jams around and in the city.

Farmers are protesting in the Netherlands and it is now the biggest traffic jam we've ever seen, thousands of tractors are driving on the highways right now 😂 #boerenprotest is even worldwide trending on twitter right now🚜🚜🚜 pic.twitter.com/mIcWzq3BnS

Some protesters also used their tractors to demolish fences that been put up by the government.

Over 2000 dutch farmers are protesting.
The government put up fenced to keep them out.

Meanwhile: farmers drive over those fences with their tractors and cause around 1100km traffic jams around the big cities

The protests appear to have widespread support from the Dutch population.

Thousands of farmers are heading to Dutch government to protest against climate change measures.

Populist leader Geert Wilders made an appearance at one of the protests.

Protesters are angry that the same restrictions they may be hit with in the name of stopping climate change will not apply to the aviation industry.

The scenes were reminiscent of the early days of the Yellow Vest movement in France, which was also partly a rural backlash to environmental taxes.

Despite a global propaganda offensive by the establishment centered around amplifying alarmist climate rhetoric from the likes of Greta Thunberg, ordinary working people appear to be rejecting the conditioning in their droves.