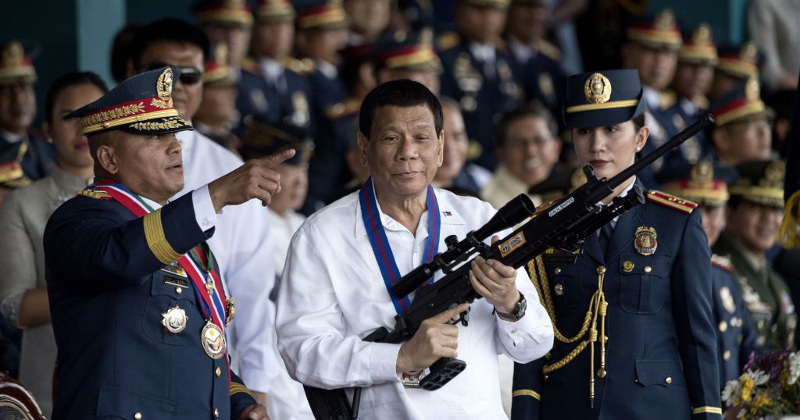 The unorthodox presidential ‘order’ also called on Filipinos to beat up corrupt officials they encounter, the Manilla Bulletin reports, despite the likely disastrous consequences for law and order.

“If you pay a tax, a fee or get a certificate, and the officials ask for a bribe, hit them. If you have weapons, you can shoot them, but don’t kill, because during the proceedings you may not receive a pardon,” the outspoken leader said. He added that those who take him up on the offer “will not be sent to prison, but will only be seriously punished physically.”

The president is known for his off-the-cuff remarks and dark-humored jokes as much as he is for actually seeing plans through, with a violent drug war that has been repeatedly criticized by rights groups, the UN and the wider international community.

Alex Jones exposes the agenda of evil bent on separating humanity from the divine connection to God.

As of January 2019, some 5,000 people are estimated to have been killed in the drug war, though rights groups claim the number could be more than double that.

Though Duterte, a former mayor and prosecutor, was careful to distinguish tokens of gratitude from bribes, Vice President Leni Robredo and Senator Panfilo Lacson warned that such “gift-giving practice might breed corruption in the police.”

In response, Duterte advised his critics to brush up on the law.

“You can accept gifts, token, nominal, I was using the words of the law. It is found in the Anti-Graft and Corrupt Practices,” Duterte said.

Delusional leftists afflicted with Trump Derangement Syndrome can’t stop projecting their own sins and guilt on the right.