Eastern Europe is heading for a violent “spring of discontent”, according to experts in the region who fear that the global economic downturn is generating a dangerous popular backlash on the streets.

Hit increasingly hard by the financial crisis, countries such as Bulgaria, Romania and the Baltic states face deep political destabilisation and social strife, as well as an increase in racial tension.

Last week protesters were tear-gassed as they threw rocks at police outside parliament in Vilnius, capital of Lithuania, in a protest against an austerity package including tax rises and benefit cuts.

In Sofia, Bulgaria, 150 people were arrested and at least 30 injured in widespread violence. More than 100 were detained after street battles between security forces and demonstrators in the Latvian capital, Riga.

According to the most recent estimates, the economies of some eastern European countries, after posting double-digit growth for nearly a decade, will contract by up to 5% this year, with inflation peaking at more than 13%. Many fear Romania, which joined the European Union with Bulgaria in 2007, may be the next to suffer major breakdowns in public order.

“In a few months there will be people in the streets, that much is certain,” said Luca Niculescu, a media executive in Bucharest. “Every day we hear about another factory shutting or moving overseas. There is a new government that has not shown itself too effective. We have got used to very high growth rates. It’s an explosive cocktail.” 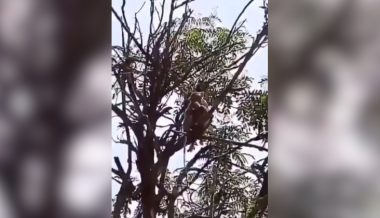