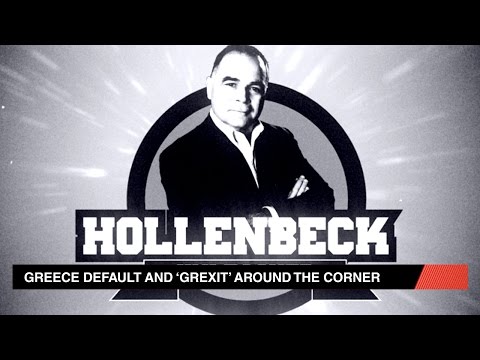 The Greek drama continues to unfold with the risk of “grexit” becoming increasingly likely.

Yet, a large majority of the Greek people want to keep the euro. This, however, would require the Greek government to live within its means — something it has not been able to do for decades. With anti-austerity parties gaining strength continent wide, Greece may be the first, but not the last, to leave.

For many years, it has been fashionable among some economists to blame the euro for all of Europe’s problems. Yet, the problem in Europe is not that it has a common currency, but that it has excessive government regulations, spending, and taxation. Economists who suggest that breaking up the euro will solve the region’s economic problems are like people selling gimmicks promising massive weight loss without either exercise or dieting. They want the gains without the pain.

What they really want is just more flexibility to inflate fiat monies. For them, it’s much better to reduce government debt by simply inflating it away — thus sticking it to creditors — than having to take on the painful adjustment of limiting government size to what can be justified only with direct taxation.

However, governments can avoid having to allow such freedom in markets if they each have a central bank. If Los Angeles and Las Vegas are under two different monetary systems, monetary policy could be tailored to deal with each region’s economic problems. Los Angeles could turn to its own inflationary policy to match Las Vegas’s existing inflationary boom. This would improve Los Angeles’s export situation — by depreciating the currency — and prop up employment in the short term. Thus we find that governments will tend to turn to easy money instead of deregulation.

On the other hand, if Los Angeles and Las Vegas are under a single monetary policy (and L.A. can’t simply inflate its currency at will), then Los Angeles can only address the ills in its economy by making its economy more attractive through tax cuts and deregulation.

We find this sort of thinking prevalent in Europe today. The Europeans know that control over monetary policy can be used to cover up the shortcomings of irresponsible fiscal and regulatory policy. So, it’s no surprise that many of the most fiscally disastrous governments in Europe are now talking about getting rid of the euro. Each government wants its own money supply so it can kick the austerity can down the road, and inflate instead.

In our example, we find that the governments of L.A. and Las Vegas are actually restricted in what they can do by a common currency, and naturally, Austrian economists would view such constraints as a very good thing — under a regime of sound money.

A Sound Common Currency Is a Good Thing

The benefits of a common currency can be massive. Transparency is improved and uncertainty and risks are reduced.

Anyone who has traveled to a foreign country knows the hassles of dealing with a foreign currency. You first have to pay a fee to convert your cash, and then you have to make sure you spend it all before you leave the country, otherwise you will be left with useless coins and bills at the bottom of your sock drawer.

But not all currencies are equal, of course. The problem with the euro is not that it is a common currency but that it is a fiat currency which ultimately returns to its intrinsic value of zero.

Why the Southern Block of Europe Wants Out of the EU

Advocates of breaking up the euro never talk about the southern bloc’s labor costs relative to those in China or India. They focus instead on German labor, which is more cost-effective. The Italians don’t like that they have to compete with Germany — in the making of automobiles, for example — under a single monetary system. If the Italians had their own monetary system, they could manipulate the money supply to favor their own automobile industry.

With their own central bank, the Italians can put off having to ask themselves why their auto industry is so uncompetitive in the first place (hint: it has to do with Italian regulations and subsidies). Advocates of a breakup expect to gain competitiveness through devaluation, but a devaluation will only create a temporary gain, if at all, by benefiting exporters at the expense of the rest of society.

A Solution for Germany

A stable unit of account and exchange is a great idea, but it needs governments willing to accept the discipline it imposes (or a population that demands it).

Indeed, if anyone should dump the euro it should be Germany. Its current strategy to protect the euro is to use debt to solve a debt problem: to send good money chasing after bad. Germany would be wise to join like-minded countries on monetary policy and create a northern euro backed by gold. Meanwhile, southern eurozone countries are looking increasingly like a lost cause. People are not in the streets rioting for less government, but for more government. Let them have what they want: a worthless currency!