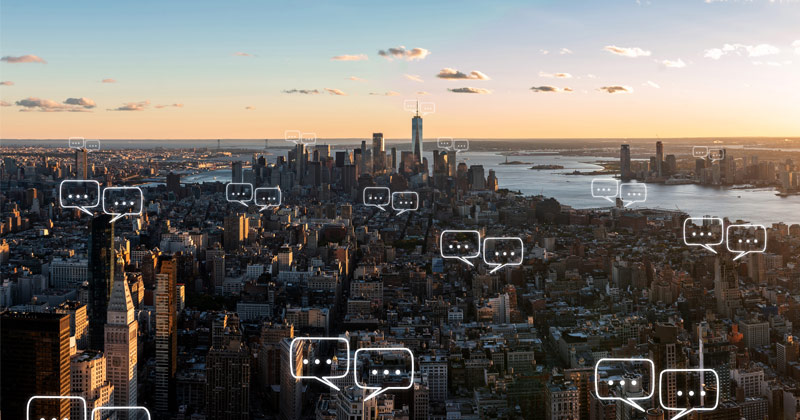 Mainstream journalists on Twitter talk within “small bubbles” of their peers, according to a new study.

Journalists are cliquish, talking within small, “insular” bubbles of other journalists on Twitter like a “virtual water cooler,” according to the authors of the study published by the journal Social Media + Society.

The study identified nine cliques or “clusters” of journalists based on over 130,000 tweets by over 2000 journalists referencing other journalists in a two month period.

“The large elite/legacy cluster, with some of the most influential news media prominently represented, was also among the most insular, study author Nikki Usher noted,” reported the University of Illinois at Urbana-Champaign, which conducted the study. “More than 68% of the cluster members’ Twitter interactions with other journalists were within the group.”

Interestingly, the study identified a “CNN clique” consisting of the network’s hosts and other talent, but said their conversations centered around the company itself, such as “network stories and personalities,” much like gonzo journalism.

“CNN is telling a story about what is happening with CNN, and that is worrisome,” Usher said. “Maybe that’s an organizational branding strategy, but I think it potentially has deleterious effects for public discourse.”

Overall, Usher revealed that only one of the cliques, revolving around “long-form” and “enterprise” journalism, was doing “deep, thoughtful dives” to exchange information.

“Political journalists in D.C. are people who use Twitter all day, and so the question is what does that do to how they think about the world,” she stated. “And generally, from this paper and a previous one I did on gender and Beltway journalism, it seems to me that it can make things worse.”

Back in 2014, former CBS reporter Sharyl Attkisson warned that real, investigative journalism was disappearing in America, which would explain the large absence of “deep, thoughtful dives” for information by journalists on Twitter.

President Trump joins Fox and Friends to discuss the urgent need to reopen schools across America, and he boldly reveals that studies show children are building a natural immunity to COVID-19.