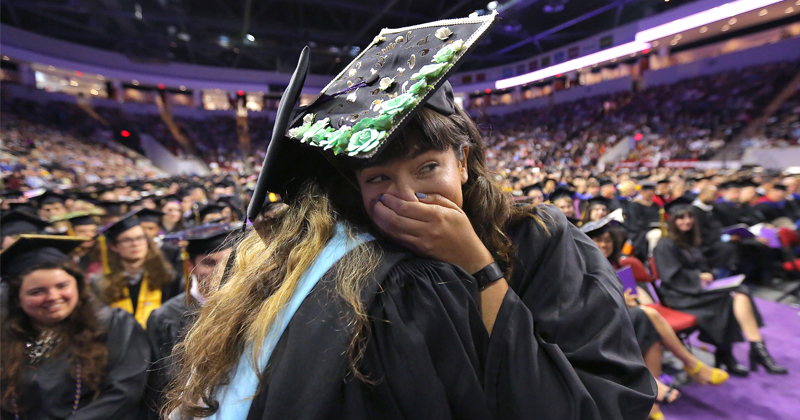 During a recent podcast, Peter Schiff talked about the student loan debacle.

In a nutshell, it’s the government’s fault.

Democrats running for president have proposed government solutions, most involving forgiveness of most or all outstanding debt and making college “free.”

“The problem with this solution is it will actually make the problem they want to solve worse. Or actually, it will create a bigger problem than the problem that they’re trying to solve. But the most ironic aspect of the whole thing is that the problem was created by government.”

Before the government got involved, college wasn’t all that expensive. It was government policy that made it unaffordable. And not only did it manage to dramatically drive up the cost of a college education, but it also succeeded in destroying the value of that degree.

But when the government effectively cosigned student loans, they became one of the least risky loans to make. It’s like loaning money to the federal government.

Once colleges realized all of this money was coming their way, they recognized it was a money machine and they started raising tuition.

“Because there was now no longer any kind of objection in the market because whatever the price was, the students just borrowed the money because the government was making all the loans available.”

Universities became bloated. They built new facilities. They began competing for students and their student loan money. Today we have dorms with granite countertops and Tempurpedic mattresses.

Meanwhile, well-meaning officials pushed the narrative that everybody needs to go to college. This increased the demand for a degree higher. And as economics 101 would predict, the cost continued to skyrocket.

“The only thing we succeeded in doing by keeping kids in school to get a college degree is we simply delayed by maybe four, five, or six years, when they enter the workforce. So, those five or six years when they could have been earning money and developing skills on the job, instead they’re developing no skills and they’re racking up a huge debt.”

Peter cites a string of fascinating statistics to drive home his point.

“This is a disaster. This entire problem never would have existed. Students wouldn’t have all this debt. College wouldn’t be so expensive but for government interference in the market.”

And now you have the very same people who caused the problem clamoring to solve it. That should go well…