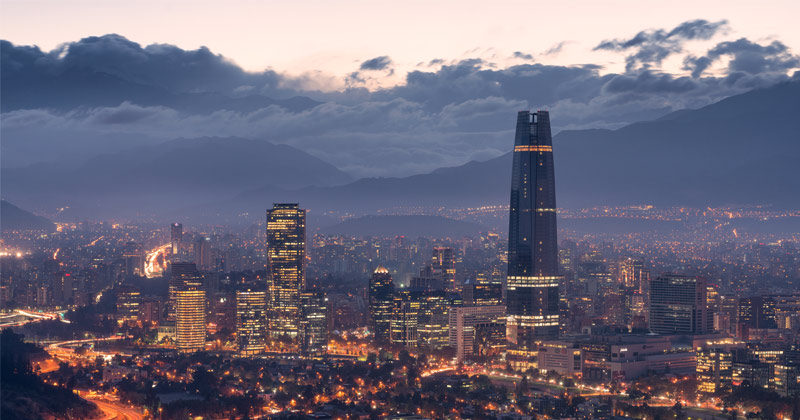 Chile’s economic success during the forty years has not been enough for its loudest critics. Looking for whatever hole they can find, they frequently cite Chile’s inequality as a sign of concern. Grievances regarding inequality have been at the center of Chile’s past decade of political protests — from student protests in 2011 to last year’s nationwide protests. No matter how much progress Chile has made, critics insist that lingering inequality is proof enough that the Chicago school reforms have been a failure and that a statist path to development must be pursued instead.

All things considered, is inequality the ultimate chink in Chile’s armor?

Facts about Chilean Inequality
Chile’s much-maligned inequality has been high for hundreds of years but has been falling notably since the 1990s based on World Bank reports. Originally, Chile had a GINI coefficient of 57.2 in 1990. The GINI coefficient measures income inequality among Organization for Economic Co-operation and Development (OECD) countries. A GINI score of 0 signifies perfect equality, whereas a score of 1 describes a situation of total inequality. Originally, Chile’s higher-than-average GINI score worried international observers and raised doubts about the sustainability of its market-based policies. But what many Chile doubters often ignored is that inequality is rampant throughout Latin American political economies.

In fact, in 2018 the UN’s Economic Commission on Latin America found that Chile’s inequality rank had dropped below the Latin American average. Chile now has lower inequality than countries such as Brazil, Colombia, and Mexico. Rodrigo Valdés, former president Michelle Bachelet’s finance minister, also discovered that the income of bottom-earning Chileans grew by 439 percent while the top 10 percent saw their incomes grow by only 208 percent from 1990 to 2015. Likewise, Catholic University professor Claudio Sapelli’s research has demonstrated that the inequality gap has been closing and will likely be in the same range as countries such as Spain and the United States.

The Inequality Debate Is Not so Black and White
Despite the hysteria surrounding it, there are constructive ways to discuss inequality. The common belief that capitalism generates inequality is misleading. Inequality is a feature of mankind, and some forms of it will exist regardless of policy tinkering. Economist Ludwig von Mises understood that inequality is not a bug of the capitalist system, but rather a feature that should be embraced in certain cases:

However, there are forms of wealth inequality that public policy generates. It would behoove free market proponents not to immediately dismiss inequality concerns. Ryan McMaken called attention to the fact that inequality is not “simply a byproduct of beneficial market processes … that there’s no point in taking a closer look at.” Rather, analyzing inequality by “identifying what is attributable to beneficial market freedom, and what is attributable to government intervention in the marketplace” is a more level-headed approach to this matter. Dismissing inequality and trying to categorize it in black-and-white terms does it no justice in today’s context of a virtually global managerial state that creates distortions in each part of the private sector it touches.

Talks about Inequality Should Question the Role of Central Banking
The case of central banking stands out in particular. Louis Rouanet noted that central banking plays a substantial role in producing wealth inequality in the short term. Enter the Cantillon Effect.

Named after the Franco-Irish economist Richard Cantillon, who witnessed firsthand the inflationary effects of the fiat money system under John Law at the start of the eighteenth century, the Cantillon Effect details how the first recipients of the newly created money see their incomes rise, while the last recipients of this money experience diminishing purchasing power as price inflation materializes. Once viewed with skepticism by many classical liberal thinkers, intellectuals and policymakers across the globe have dogmatically accepted central banking as a normal feature of a functioning economy. Ironically, many of these same easy money boosters will gripe about inequality, yet completely ignore one of the largest institutions driving inequality — central banks.

You can bet a pretty penny that the overwhelming majority of the Chilean protesters and the leftist punditry are not talking about the Cantillon Effect, let alone calling for the Banco Central de Chile to close its doors. Most of their discussion of inequality is stuck on simplistic talking points based on superficial critiques of capitalism and inequality — real or imagined.

Chile Is No Laissez-Faire Paradise
As mentioned before, inequality in Chile is dropping according to various figures, but people are still protesting about a profound inequality crisis in the country. Unsurprisingly, the protesters are demanding a more activist state to address these pressing problems. But if we’re being intellectually honest, there is no reason to yield to the Left’s narrative that markets have caused this discontentment. To think that Chile is some laissez-faire, Gilded Age country is misleading at best. The state has grown considerably during the last decade, especially under the presidency of Michelle Bachelet (2014–18). Axel Kaiser, the executive director Fundación para el Progreso, points to a 50 percent increase in the size of the Chilean state during the last decade. Chile has also slipped in the World Bank Group’s Doing Business rankings. Currently, Chile stands in fifty-seventh place. In contrast, Chile was ranked thirty-third place in 2012. Chile has experienced similar declines in economic freedom according to the Heritage Foundation’s Index of Economic Freedom. In 2012, Chile was the seventh-freest economy in the world but slipped to the eighteenth most free in 2019. This decrease is not a doomsday scenario, but it does reveal that the country is gradually becoming more receptive to the idea of increased government control of the economy.

Indeed, Chile has undergone increasing levels of political centralization during the last few decades. In another report, the OECD discovered that the capital metro area was responsible for 40 percent of national GDP growth between 2000 and 2016. As far as public spending is concerned, subnational governments in Chile accounted for 12.5 percent of public investment, whereas the OECD average is about 56.9 percent. For many Chileans, this centralization feels suffocating, as they have to be packed like sardines into the capital’s metro system, putting with ever-growing congestion. There is also a common perception that Santiago receives most of the government largesse while Chile’s outer regions get the scraps. Addressing Chile’s growing centralization may be a wiser choice than using conventional tactics, which will likely involve the creation of more government programs, to take on inequality.

A subject like inequality requires considerable thought and cannot be reduced to boilerplate talking points. However, throwing a fit about inequality and then carelessly using the state to try to solve the perceived problem shows a lack of maturity and foresight. Latin America has a veritable library of examples of political instability brought about by the short-sighted demagoguery of its leaders.

Chile sure doesn’t need to provide another chapter to this already exhaustive anthology of disappointment.

After the Chief Scientist for the World Health Organization was caught on leaked footage admitting that vaccines can lead to death and long-term injury, Action 7 hit the streets to inform the public.