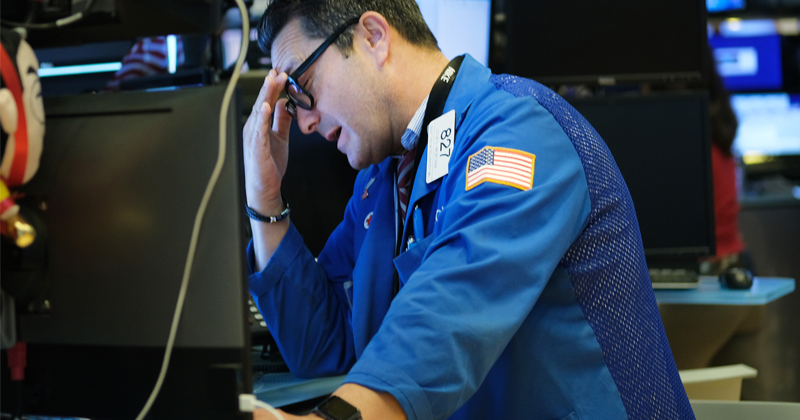 In his latest podcast, Peter talks about sudden silencing of the war drums, the risk that remains in the markets, the stealth bull market in gold, the risk of a socialist president, rampant economic illiteracy, inflation and more.

As Peter put it – what a difference 48 hours makes.

When Iran launched missiles at US bases in Iraq in retaliation for a US airstrike that killed an Iranian general, stock futures tanked and gold soared to an 8-year high of over $1,600 an ounce. And then within a few hours, the whole situation was basically defused. President Trump tweeted, “All is well.” The following day, Iran came out with a statement basically saying it was done.

There weren’t any Americans injured and the missile strikes didn’t appear to do significant damage. Peter said the whole thing almost seemed orchestrated.

We killed their general. How did they get revenge? I mean, all they did was waste maybe a dozen or more of their missiles … But maybe the way they’re presenting it, they’re creating the illusion. This is all propaganda in Iran that they got revenge.”

Peter said the doesn’t think the situation is as completely defused as everybody seems to think.

I still think the world today is less safe than before we took out the general.”

Peter said that while Soleimani was a bad guy, killing him probably increased the threat level, particularly of a terrorist attack, and it could serve as a recruitment tool for terrorist organizations.

Somebody asked Peter if he was disappointed there wouldn’t be a war since the price of gold fell with the easing of tensions.

The answer to that question is, no, I’m not upset. I’m relieved. I do not want war. I don’t want bad things to happen just because I profit from them. That’s not the type of person that I am. I’m prepared for war in my portfolio if we have one. But I’m not rooting for it. I don’t want it.”

But Peter said there are some things he’s rooting for that a lot of people would consider bad. But they are not bad.

I want this bubble to pop sooner rather than later. See, I know it’s going to pop eventually. But I know the longer it takes, the worse it’s going to be. So, I want to swallow the medicine now. Not a year from now, or five years from now. The sooner we stop digging ourselves into this hole, the sooner we can get out of it.”

In other words, a bad recession now is better than an even worse recession later. In this case, a bad thing is a good thing.

One the bubble pops, we’ll have the opportunity to build something better out of the ashes.

I really would like to see America great again. I just don’t want to pretend that America is great. I want America to be great. But we’re not going to be great until this bubble pops — until we get away from central planning and central banking, and go back to the principles, the free market. limited government, sound money principles that made this country great in the past.”

Once the prospects of war diminished, gold sold off. Oil sold off. The stock market reversed. In fact, we are within spitting distance of 30,000 in the Dow Jones. Optimism following the war scare may well create enough momentum to get the Dow over that mark.

I still think that the risk premiums for crude, for gold, should be a little bit higher because I do think there is more geopolitical risk in the world.”

Gold stocks got hammered even more than the price of physical metal after tensions unwound. Peter said invertors in gold stocks were looking at the bad news – the falling price. But they ignored the fact that bullion hit an 8-year high and remains above the $1,550 resistance level.

This is how a bull market works. It climbs a wall of worry. And there’s probably no more worry than in the gold market.”

Peter described it as a “stealth bull market.”

There was a lot of talk about a “blow-off top” in gold. That means it’s kind of a last gasp where bulls buy and then immediately sell off.

This isn’t even close to a blow-off top. This is just a new high in a bull market. That’s all it is. This is not a crazy rally … This is again typical of a bull market climbing a wall of worry. People are afraid and they dump their gold stocks. They are a fantastic buy. Because here’s the way I look at it. We just had a $70 correction and we’re still at $1,550. The correction could be over.”

Peter said he still thinks there’s a lot of upside left in gold.

This is a young bull market with lots of fear and doubt, which is exactly what you want.”

Peter said another risk is a Bernie Sanders president – or at least the possibility of a more socialist Democrat taking the White House. He also talked about the rampant economic illiteracy that’s out there, even among the so-called experts.