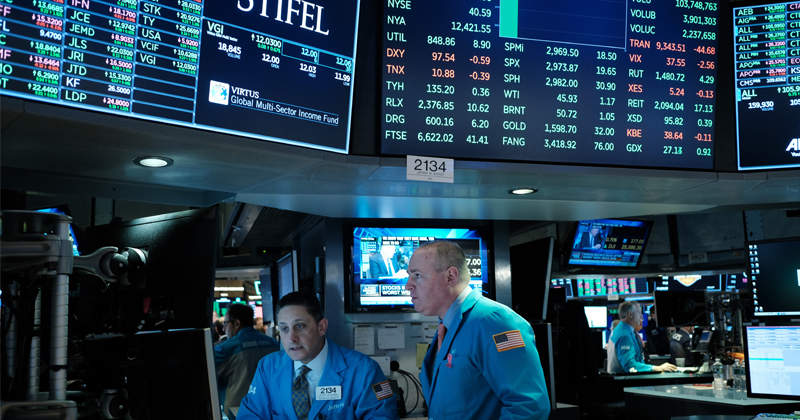 Peter said the coronavirus isn’t the real problem. It’s the Fed. Everything the central bank has done since 2008 has only made things worse and set us up for an even bigger crisis.

Peter opened up the interview saying that even with the big declines through the previous week, the US stock market is still significantly overvalued.

“The market was priced for perfection and clearly we’re not going to get that. But the larger economic issue is not the coronavirus itself. If the US economy were fundamentally healthy, this virus wouldn’t make it sick. The problem is the Federal Reserve has kept interest rates so low for so long to artificially stimulate the economy, that it has inflated a gigantic bubble, and the coronavirus may be the pin. But the problem is not the pin, but the bubble that the pin pricks.”

“No, no. Sure, the president wants to keep the bubble inflated long enough to get reelected. But if you remember, when he was a candidate and Obama was still in office, he was very critical of Janet Yellen doing political things. Look, everything the Fed has done since the 2008 financial crisis has only exacerbated the problems that created that crisis, which is why we’re on the precipice of a much larger one and why the pricking of this bubble is so risky. And if the Fed, of course, goes back to the drawing board and just cuts rates again, all it’s doing is throwing gasoline on the fire that it lit.”

Marco Rubio blamed China for the escalation of the coronavirus, saying the Chinese are more interested in protecting their global image than they are in containing the virus. But as Peter pointed out, the US has plenty of problems of its own.

“Look, the Chinese government is not responsible for our massive budget deficits, our trade deficits, the fact that the Fed has inflated a stock market bubble or a bond market bubble. We’ve done this stuff to ourselves. We have pursued these policies that have left our economy so vulnerable. I mean, we have nothing saved for a rainy day and now even if we get a drizzle we have a crash.”