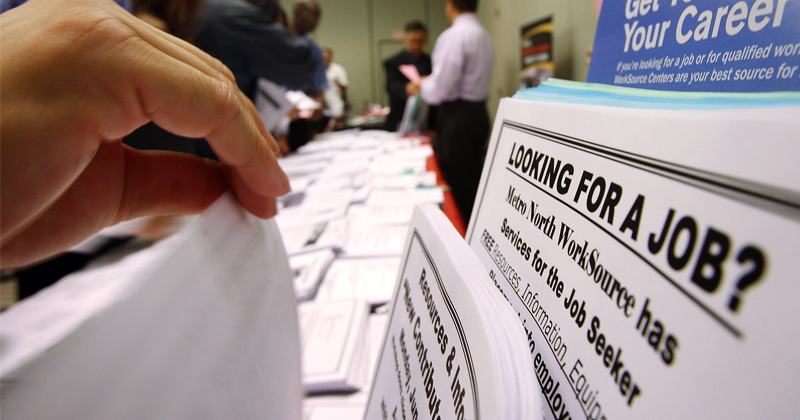 The Nasdaq and S&P500 made new all-time highs last week. That leads many people to believe the economy must be doing OK. But as Peter Schiff explained in his podcast, the very thing that’s helping Wall Street boom is crushing the actual Main Street economy.

If you really stop and think about it, the continued stock market climb should be a bit perplexing. After all, the economy was effectively shut down for weeks and governments continue to impose many restrictions to this day. Unemployment has skyrocketed and we remain in the midst of a deep recession. And yet we have a booming stock market. Peter said surging stocks are actually misleading a lot of people into believing that the economy is stronger than it actually is.

In fact, there are plenty of signs that the economy is going to continue to struggle longterm. We just saw the worst quarter ever in mortgage delinquencies. Meanwhile, businesses are shutting down and bankruptcies are at a 10-year high. Americans owe billions in back rent. There is a rising number of over-leveraged zombie companies. And a tsunami of defaults and bankruptcies are on the horizon.

“So, this was the shortest bear market ever, yet it’s taking place in arguably maybe the weakest economy ever. So, you really have a divergence between Wall Street and Main Street.”

Some have speculated that the booming stock market has tempered the need for fiscal stimulus. But why do we need a falling stock market to create political pressure for government stimulus? As Peter put it, the only thing the government can actually stimulate is the stock market.

“That’s the only place it works. This stimulus doesn’t help Main Street. In fact, it actually hurts Main Street. The only thing they can stimulate is the level of the stock market. Because what happens is the stimulus is just printing money. It’s just artificially low interest rates. That doesn’t do anything for the real economy, but it works magic on Wall Street. That’s what pushes up stock prices. So, the only thing they can stimulate is the stock market. That’s why the stimulus comes into action when the stock market is going down.”

Politicians like boosting the stock market because they can point at it as if it is some kind of scorecard. They can create the illusion that the economy is good by propping up stock prices with cheap money — inflation.

Stimulus also creates a wealth effect. It creates asset bubbles. By artificially raising the prices of stocks and real estate, it makes Americans wealthier – at least on paper.

But as Peter points out, the effect is temporary.

“But of course, there’s a tradeoff there. We’re simply sacrificing the future to indulge the present. So, there’s no real gain. We’re just pulling consumption forward so we can count it now, but at the expense of having much less consumption in the future when the bills come due.”

“Well, no. It reflects the earnings of the companies that are part of the stock market. The vast majority of businesses in America are not publicly traded. They’re not in the Dow 30. They’re not even in the S&P500 or the Wilshire 5,000. They’re privately held companies.”

Consider the companies that are doing really well right now. Many of them are actually benefitting from the overall weakness in the economy. People are shopping on Amazon because they don’t want to go out. People are watching Netflix because they are staying at home and movie theaters are closed. Meanwhile, small businesses, and mom and pop operations are getting decimated.

“Since these big companies have less competition from smaller companies, that benefits the stock market. Also, the artificially low interest rates benefit these big publicly traded companies that can tap into the bond market. These small businesses — they have no ability to tap into the bond market. It doesn’t matter how low interest rates are because they can’t borrow. They don’t have the creditworthiness. They don’t have the connections. They’re not able to borrow money the way these big Fortune 500 companies are. So, the artificially low interest rates that are propping up the markets heavily favor these big companies that have all this debt. In fact, they are able to stay in business by selling debt and by selling stocks.”