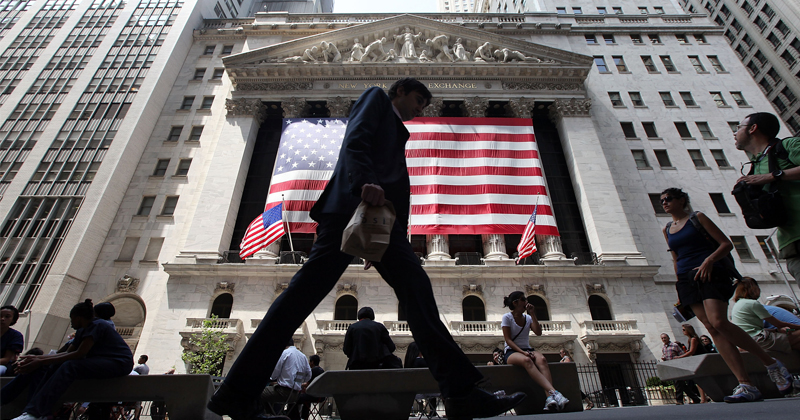 Wildfires are raging out of control in western states doing millions of dollars in damage and disrupting countless lives. In a recent podcast, Peter Schiff said the Federal Reserve has set an even fiercer wildfire – inflation.

And we are in danger of it burning out of control through the entire US economy.

Stock markets closed last week mixed, with the Dow and the S&P 500 up a bit, and the NASDAQ and the Russell 2000 down. Some analysts say the problems that seemed to be brewing, particularly in the NASDAQ, have passed since there really wasn’t any significant follow-through after the NASDAQ dipped into correction territory last Tuesday. But Peter says he doesn’t think the bulls are out of the woods yet.

“I still think the charts look like there is a lot of potential that we can see a bigger decline. Of course, you’ve got the backstop of the Federal Reserve. In fact, it’s only because the Fed is there that the market didn’t have a bigger drop this week. The reason we didn’t have more follow-through is because people expect the Fed to come to the rescue. In fact, if the Fed wasn’t there, the market never would have been at the levels that it just dropped from.”

Meanwhile, gold finished with a small gain on the week. Peter said the technicals on gold look incredible.

“It is building this new support, or consolidating rather, above the support level that used to be the resistance level. The spike-high that we had in 2011 of about 1,900 – that’s now the support. And the longer the old high can remain the new low, the new resistance, I think the stronger this next rally is going to be.”

Peter said the biggest factors that are going to be driving gold and gold stocks are inflation and the weakening dollar.

“The dollar is going to lose value not only against other fiat currencies, but it’s going to lose even more value against real money – gold and silver.”

We started getting some of the government price inflation numbers last week. The Producer Price Index (PPI) came in at 0.3%, higher than the projected 0.2% projection. As Peter explained, the numbers are actually much higher than that.

“The way the government has reverse-engineered the CPI and the PPI, a lot of the gains that prices are experiencing aren’t even reflected in these numbers. By the time they grind them through the mill there, they adjust them hedonically and they do some kind of weighted averaging or whatever happens – the data that comes out doesn’t really look much like the data that goes in. And so we constantly get a more benign picture of what’s happening. The consumers are paying prices that are rising at rates that are faster than what we get from these official numbers.”

Of course, this is exactly what the Fed wants. They’ve even come out and confessed they are pushing for more price inflation. Peter said they’ve basically just come out of the closet.

“Everybody at the Fed was a closet inflationist. They just didn’t want to come out of the closet and admit it. … Because people think they’re the firemen. They don’t think they’re lighting the fires. But now you have the Fed coming out and telling you, ‘We’re going to light the fires. We’re a bunch of arsonists. And we’re going to go out and set fires.’ And people don’t think that’s a problem.”

One person who does think it’s a problem is former Federal Reserve Chairman Alan Greenspan. During a recent interview, he said inflation was his biggest worry. Ironically, Powell also says he’s worried about inflation but for the opposite reason.

How is this possible? They can’t both be right. One will be right and one will be wrong. Peter said his money is with Greenspan.

Of course, all this raises another question: if Greenspan gets it, why didn’t he do something when he had the chance.

Peter also talked about 9/11 in this podcast and the legacy of government expansion that happened in its wake.

As the 2020 democratic party’s attempt to steal the election comes closer and becomes more apparent, Roger Stone believes the time is now for the preparatory actions needed to check and verify the elections for ourselves.