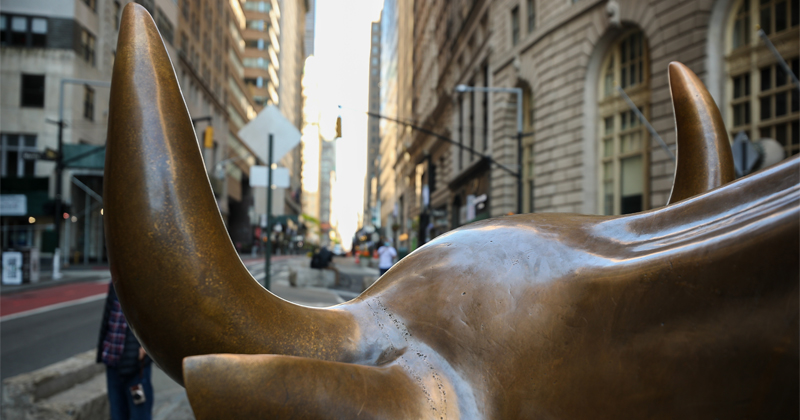 Peter Schiff recently appeared on Mark Dice’s show to talk about the looming financial crisis. Peter explains why a dollar crash is on the horizon and what the average person can do to keep from getting wiped out by the inflation tax.

In the months leading up to the 2008 financial crisis, Peter warned it was looming. Today, he is warning about the far greater financial crisis that is going to finally result from the giant bubble that the Federal Reserve and government policy pumped up in the aftermath of ’08.

“The recession that we are in now is going to be far deeper and far longer-lasting than the one that we had then. The main difference is going to be the government’s not going to be able to reflate the bubble. It’s going to try. But what it’s going to do is crash the dollar. And so what we’re going to have is not only a deeper recession, but a big increase in consumer prices, something that we didn’t have. We dodged that bullet last time around. We didn’t get CPI going way up. But this time, we’re going to have a lot of unemployed people who are going to be paying a lot more money for basic necessities. So, this is going to be stagflation, only the stagnation part is really depression and the inflation can even potentially be hyperinflation.”

The only way the Fed can confront this kind of inflationary pressure is to tighten monetary policy and allow interest rates to rise dramatically.

“But, of course, the cost there is going to be horrific, because we all have so much debt because the Federal Reserve kept interest rates artificially low for so long. Everybody loaded up on debt. And the only reason that people can even service that debt, forgetting about trying to repay it, but it’s only serviceable at zero percent interest rates — where the rates are really low. Well, what happens if, in order to rein in inflation that the Fed let get out of control, rates have to go to 10% or 20% like they did in 1980?”

This creates a scenario where you’ll see massive defaults on debt, perhaps even the Federal government given its trillions in debt.

So, how does the average investor avoid getting wiped out in this scenario? Peter isn’t optimistic that they will.

“Most people are going to get wiped out financially. I mean, that’s just what’s going to happen.”

Looking back at the 1970s, we saw a major decline in the value of the dollar. The greenback lost about 2/3 of its value compared to other currencies. Measured in terms of gold, it lost even more value.  That was reflected in the dollar price of gold which rose from $35 per ounce to around $850. Meanwhile, consumer prices skyrocketed. This caused tremendous pain for many people.

So, should people just dump everything they have into precious metals?

Peter noted that if you go back to the year 2000, you did better buying gold than you did buying the S&P 500.

“Even with the dividends you would have earned on the S&P 500, just holding an ounce of gold the past 20 years and selling it today actually gives you a better return.”

Peter said he thinks that trend will continue over the next 10 years and that investors should have at least 5 to 10% of their portfolio in gold.

The key is to avoid getting wiped out through inflation. And the Fed is creating a massive amount of inflation. The US government is spending trillions of dollars. Who is going to pay for it? Nobody. The Fed is just printing money.

“Well, OK. What happens when the Fed just creates money out of thin air? Because the Federal Reserve doesn’t produce any products. It doesn’t provide any services. It just creates money. And so, if there are no additional goods and services, just a bunch of money, all that happens is the money that already exists loses value. So now, when people get that money that the Fed printed, and now they can buy stuff, they can only buy stuff because the people that had money before can buy less, because now we have to increase prices so that the greater quantity of money can buy the same quantity of goods.”

The COVID-19 government shutdowns have exacerbated the situation because not only are we creating more money, we’re producing less stuff and providing fewer services.

“The way we’re paying for all this government is a massive inflation tax. The government is going to steal the purchasing power of anybody who has US currency. And it’s that stolen purchasing power that everybody is spending now. So, if you don’t want to be taxed to death by inflation, if you don’t want to see the value of everything that you’ve worked a lifetime to save, if you don’t want to watch that implode, which is what’s going to happen. When prices are going up, it’s not really prices that are going up, it’s the value of your money that’s going down, and so now you need more money to buy the same stuff. So, if you want to avoid that tax, you need to get out of the dollar and before the bottom drops out – before people realize what’s going to happen. And you can take your dollars – and that’s what I’m helping people do – get rid of their dollars and buy real money, which is gold and silver, or exchange their dollar for foreign currency and use that foreign currency to buy foreign assets.”

The bottom line is the US government can only smack you with the inflation tax if you hold US currency.