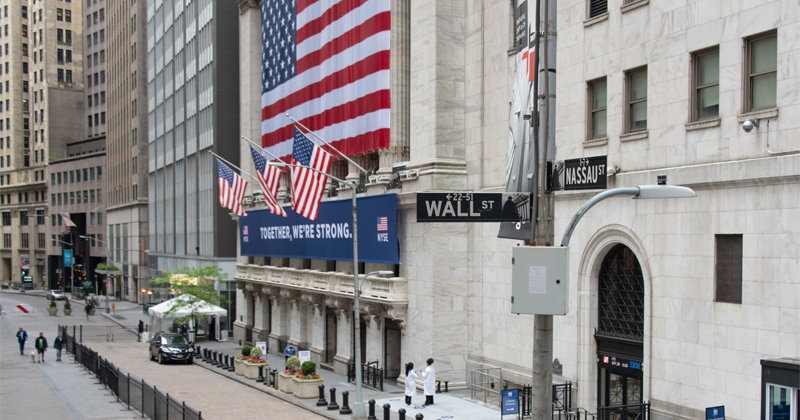 Powell admitted that the central bank had “crossed a lot of red lines,” but insisted he was comfortable with the actions given “this is that situation in which you do that, and you figure it out afterward.”

In his podcast, Peter Schiff called it the Nancy Pelosi version of monetary policy. “We need to print the money to see where it goes.”

But Powell is not concerned. He’s worried about falling prices.

“So, the furthest thing from Powell’s mind is a problem with consumer prices going up. … He thinks he can keep on inflating and there’s nothing to worry about because prices aren’t going to rise. And that is just absurd. I mean, they’re already rising. There are plenty of prices that are going up.”

Of course, there are some prices that have gone down. But they’re not going to stay down. When you have a demand collapse as we’ve seen with the COVID-19 lockdowns, you will naturally have some contraction in prices. But as inventories deplete and production capacity falls, the glut of merchandise disappears and prices readjust back upward.

“That’s when the effect of all the new money is going to be hitting consumer prices. That lag, you’re going to see all this money arriving just as all the goods have diminished, the supply of goods to buy. So, the fact that Powell is not at all worried about inflation despite the fact that he’s creating so much of it — that’s why you should be buying gold and silver.”

This is precisely why Peter has said you need to vaccinate your portfolio against inflation.

As far as “crossing red lines,” Peter said Powell’s overall message was basically to act blindly, hope for the best, and then see what happens. He said it reminded him of Nancy Pelosi’s famous words, “We’ve got to pass the bill to see what’s in it.”

“That’s basically what Powell is doing with monetary policy. We’ll just print the money, and then we’ll see where it goes. Who cares? Because things are just so bad that we might as well just do this.”

Peter said Powell is basically treating the economy like a terminally ill patient who is going to die anyway. Just try anything.

“Things are so bad that it doesn’t even matter if the cure kills us because we’re going to die anyway.”

Powell continued to insist the Fed wasn’t planning on negative interest rates. Peter said it doesn’t matter what they’re planning on; it’s all about what they’re going to do.

“I think if the market demands it, then the Fed will supply it.”

Powell said he was reluctant to try negative rates because there is no proof they work.

“Well, there’s no proof that zero works either, and we’re at zero.”

In fact, Powell is sending mixed messages because he’s already told us he’s just going to figure it out after the fact. Why demand proof for negative rates?

“So, I don’t believe Powell when he says he’s not going to do something just because there’s no proof that it works. I mean, the reason that central banks do this is not because it works. It’s because they’re desperate, and they know if they don’t do it, there’s going to be a crisis. So, they do it even if that means there’s a bigger crisis later on.”

Peter said the real question is the efficacy of central bank policy to begin with. If you cut to zero and you still need more stimulus, “maybe what you’re doing ain’t working.”

“Maybe the fact that you had to bring rates down to zero, and you still have a problem, means that cutting rates is not the solution to that problem. In fact, maybe it’s the rate cuts that are perpetuating the problem. Maybe we wouldn’t have a problem but for rates going down. In fact, had the Fed let rates go up, that would have actually solved the problem. Maybe it would have been a painful cure, but it would have worked. But just giving a drug addict more drugs in ever-increasing doses, which is all the Fed is doing, that’s never going to work.”

In this podcast, Peter also talked about the rally in gold and silver, economic data, Mark Cuban’s view on printing money, Goldman Sachs and bitcoin, and Trump’s war of words with China.