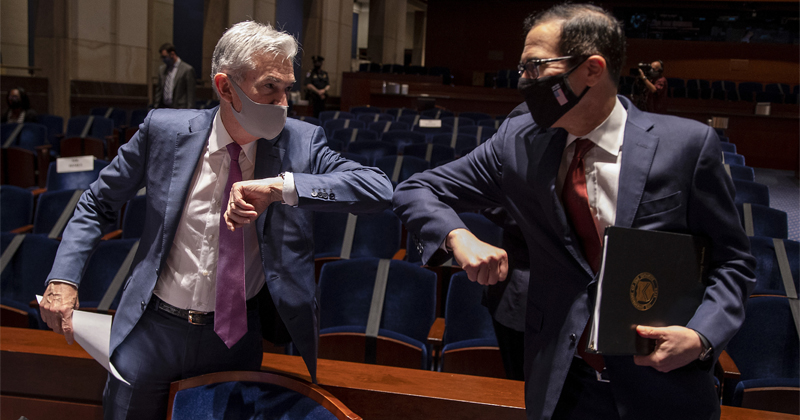 Gold has rallied above its previous all-time record high this week. But can it sustain this bull run? Peter Schiff thinks it can and will.

It’s not about the coronavirus, as many mainstream analysts seem to think. It’s the government and central bank response to the pandemic — the borrowing, the spending, and the money printing. Peter believes that ultimately the Fed’s monetary policy is going to collapse the dollar and it will lose its reserve status. In this podcast, he talked about what this portends. He also explained why he doesn’t think the Fed can kick the can down the road again.

Peter has been talking about a looming dollar collapse for years. He admits he was wrong on the timing. He thought it would happen a lot sooner than this. But he doesn’t think he is wrong now just because he was wrong back then.

“The problems are so much bigger now than they were a decade ago, and therefore, I think our ability to kick the can down the road again, I think is gone. I mean, yes, I underestimated that ability before, but at this point, it’s impossible. And so I don’t really see how the US government, the Federal Reserve, is going to stop gold from going up.”

Looking back, gold’s first major rally was in the 1970s when the price went from around $35 to over $800. At the time, Fed Chair Paul Volker’s willingness to get out of the way and allow interest rates to rise sharply to wherever the market was going to take them stopped that rally and kicked off a 20-year bear market in gold. “The Fed did what it took,” Peter said. “They did the right thing.”

The second gold rally started after the dot-com bubble popped and ended after gold set its previous record high just over $1,900 back in 2011. What stopped that? What caused gold to pull back from $1,900?

“Somehow, they were able to convince the world and everybody who was worried that QE would end in disaster and that zero percent interest rates would be a failure – the Fed was able to convince everybody that the programs worked, and because they worked, they were temporary and would be ended, and that the Fed was going to start normalizing interest rates and shrink the balance sheet back down to pre-2008 crisis levels. And the market actually believed it.”

In effect, the Fed never had to raise rates to stop the gold rally. It just had to convince the world that it would raise rates.

Of course, the Fed never did normalize because it couldn’t normalize. When the central bank finally tried to slowly notch rates up, it broke the stock market in the fall of 2018. That led to the “Powell Pause” followed by three rate cuts in 2019 and the launch of a quantitative easing program that the Fed refused to call quantitative easing.

The other thing that kept the dollar propped up was the rest of the world slashing interest rates and running their own quantitative easing programs. The dollar got a lot of help from bad monetary policy abroad that made US policy look not as bad in comparison. As Peter put it, “We were the cleanest dirty shirt in the hamper.”

So here we are now. We have another big rally in gold that actually started in 2015 at just over $1,000 an ounce. Peter asks the operative question: what rabbit is the Fed going to pull out of its hat to stop the gold rally this time?

“I think the hat’s empty. There are no more rabbits in there.”

“So what are they going to do? Nothing. There is nothing they can do. Now, is there something that I haven’t thought of? I don’t know. Maybe. But obviously, since I can’t think of it, I can’t discuss it. So, is it possible that there’s a rabbit in there that I can’t see? Maybe. And so that’s why we’re not going to go all in. Because you don’t know what you don’t know. So, it is possible that there is a way to kick this can down the road again. I just can’t see it. But the bottom line is we don’t have to go all in. There is so much opportunity in the foreign markets, in the emerging markets, that just having an allocation in gold and gold stocks is all you need.”