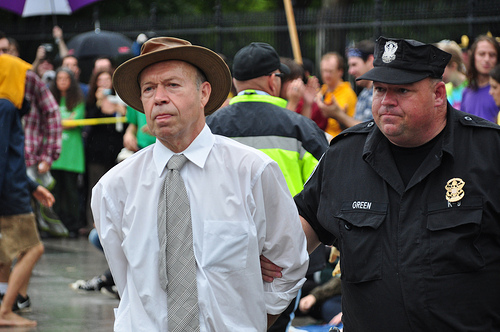 In the statement titled “Environment and Development Challenges: The Imperative to Act”meant to inspire the UN and its upcoming 2012 Earth Summit, the fiends call for a global implementation of population policies. To effectively implement these policies the authors propose rights being infringed upon in order to address what they call “the population issue”:

“The population issue should be urgently addressed by education and empowerment of women, including in the work-force and in rights, ownership and inheritance; health care of children and the elderly; and making modern contraception accessible to all.”, they write.

We of course know perfectly well what they mean by “health care of children and the elderly”. We have recently seen the terrible results of health care for children in the eugenicists’ model-state of China.

Decrying that “funding (for worldwide fertility control) decreased by 30% between 1995 and 2008, not least as a result of legislative pressure from the religious right in the USA and elsewhere”, the authors call for “education and planning needed to foster and achieve a sustainable human population and lifestyles.”

How does one do that exactly, “achieve a sustainable human population”, you may wonder:

“Globally, we must find better means to agree and implement measures to achieve collective goals.”

Finally, in a dramatic turn the band of eugenic brothers turn to the old Malthusian trick of scaring the children into action:

“In the face of an absolutely unprecedented emergency, society has no choice but to take dramatic action to avert a collapse of civilization. Either we will change our ways and build an entirely new kind of global society, or they will be changed for us.”

These eco-fascists clearly stop at nothing as they attempt to terrorize the world into accepting their envisioned “global society.” Never forget that this society is not some peaceful vision by a couple of goodhearted environmentalists. All three have revealed themselves to be eugenicists who only seize upon a (in this case imagined) calamity in order to establish world government. God forbid it will ever come to pass.

James Lovelock, who in 2009 called for culling the population with a desired outcome of 1 billion people worldwide.

Lovelock also arrogantly stated in 2010 that humans are too stupid to prevent climate change- therefore governments worldwide, preferably a one world government, must prevent it for them.

Paul Ehrlich may be considered the most bloodthirsty of the bunch, with his insistence on massive population reduction. Few people need to be reminded of the proposals penned down in Ecoscience which he co-authored with John P. Holdren, the current White House science czar. To highlight a few of these:

“Adding a sterilant to drinking water or staple foods is a suggestion that seems to horrify people more than most proposals for involuntary fertility control. Indeed, this would pose some very difficult political, legal, and social questions, to say nothing of the technical problems. No such sterilant exists today, nor does one appear to be under development. To be acceptable, such a substance would have to meet some rather stiff requirements: it must be uniformly effective, despite widely varying doses received by individuals, and despite varying degrees of fertility and sensitivity among individuals; it must be free of dangerous or unpleasant side effects; and it must have no effect on members of the opposite sex, children, old people, pets, or livestock.”

This is just one out of many dehumanizing proposals from the mind of Paul Ehrlich. Also remember this when you read his proposals for a global society necessary to “address population issues” (also out of Ecoscience):

“… Perhaps those agencies, combined with UNEP and the United Nations population agencies, might eventually be developed into a Planetary Regime—sort of an international superagency for population, resources, and environment. Such a comprehensive Planetary Regime could control the development, administration, conservation, and distribution of all natural resources, renewable or nonrenewable, at least insofar as international implications exist.”

Here is your global society in a nutshell.

Ehrlich, Hansen, Lovelock: We Must Build “An Entirely New Kind Of Global Society”