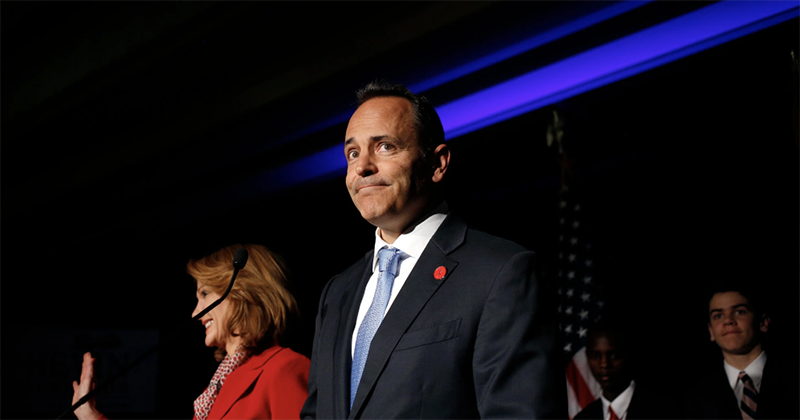 If anybody else was in office, few Americans would have cared about the outcome of this year’s off-off-year election: This year’s races were overwhelmingly local, with several states battling for control of the state house. But with President Trump in office, pundits rarely miss a chance to blame him for any setbacks suffered by the GOP.

And for Republicans, this year’s election had a few setbacks, but there were victories as well.

Democrat Andy Beshear claimed victory Tuesday night in an extremely tight race for the governorship of Kentucky. It looks like Beshear, whose father served two terms as governor during the Obama years, will ultimately prevail over Republican incumbent Matt Bevin, who has yet to concede, citing vague “irregularities.” Bevin was a supremely unpopular governor due to cuts to Medicaid and Pension cuts enacted by his administration. Even the personal support of his close ally, President Trump, who campaigned for Bevin during a rally in Kentucky the night before the vote, wasn’t enough to secure a second term for Bevin, the New York Times reports.

Still, with supermajorities in both chambers of the state house, Republicans will likely continue to dominate Kentucky politics.

Perhaps even more consequential for Trump, Democrats in Virginia managed to take back the state house. With the governorship and both chambers of the state house under Democratic control for the first time in a generation, analysts expect Virginia, once the home of the NRA, to push through new gun control measures and expand access to abortion, according to WSJ.

Many pundits commented that the election showcased the growing rural-urban divide, as urban and suburban voters appeared to increasingly favor Democrats and oppose President Trump.

After a large man attacked Kaitlin Bennett and tried to steal her gear, the police on the scene refused to arrest the assailant.
By the way, our Everything Must Go Emergency Sale is now live! Get 50% off DNA Force Plus at the Infowars Store now!

The Washington Post and many Dems excitedly proclaimed that the 2019 race had completed Virginia’s transformation from “red to blue.” It also positions Gov. Ralph Northam, who was nearly forced out of office in a blackface scandal nine months ago, to be one of the most important governors in the modern history of the state.

…While also distancing himself from Bevin’s loss.

In Kentucky, the governor was down 17 points.

Our big Kentucky Rally on Monday night had a massive impact on all of the races. The increase in Governors race was at least 15 points, and maybe 20! Will be in Louisiana for @EddieRispone on Wednesday night. Big Rally!

Dems retained control of the state house in New Jersey, but perhaps the most interesting race in the state was a referendum question on the ballot in Jersey City.

According to Bloomberg, a multi-million dollar battle over home-sharing in Jersey City has come to an end with a decisive loss for Airbnb. The new rules place a 60-day short-term rental cap on properties where he owner isn’t present. That’s a major blow to the tech darling, which is preparing to go public next year. Airbnb dumped $5 million into campaigning for residents to vote against the new law, but 70% voted in favor.

Now, with one year until the presidential election, and impeachment proceedings in Congress and the Democratic nomination battle just beginning, many have been trying to frame Republicans’ losses on Tuesday as a reflection on Trump. However, experts quoted by BBG said Tuesday’s results have little predictive value for the 2020 election.

“It’s just too far out, and we don’t know what the circumstances will be next year,” said Kyle Kondik of the University of Virginia Center for Politics.