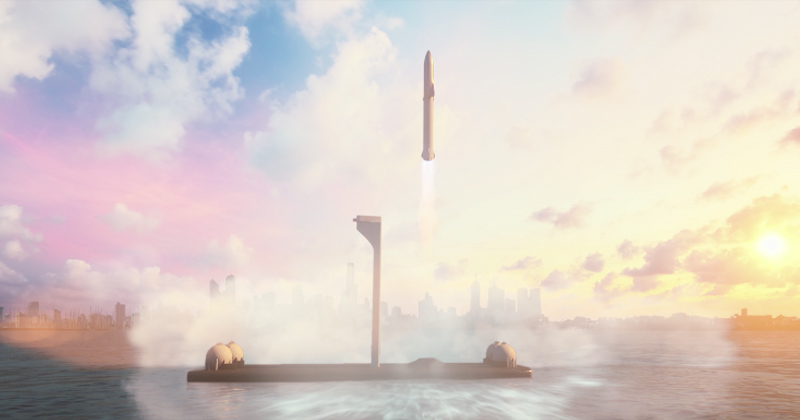 Rockets intended for interplanetary travel could be used to transport humans across the globe, Tesla and SpaceX CEO Elon Musk announced Friday.”

Speaking at the International Astronautical Congress 2017 in Australia, Musk said the “BFR,” a spaceship being designed to send astronauts to Mars by 2024, could be used to fly passengers to major cities in an hour or less.

“If you build a ship that’s capable of going to Mars, what if you take that same ship and go from one place to another on Earth?” Musk said. “So we looked at that, and the results are quite interesting.”

In video revealing the concept, travelers in New York City are seen taking a ferry to a floating platform before launching into orbit. While in space, the rocket’s first-stage booster separates from the spaceship and returns to its launch site while the vessel begins heading toward Shanghai.

The rocket, traveling at a maximum speed of 18,000 mph, would arrive at the Chinese city nearly 7,000 miles away in just 39 minutes.

“Most of what people consider to be long-distance trips would be completed in less than half an hour,” Musk said.

Musk also highlighted the potential price to consumers, similar to that of an economy airline ticket, and the the ease of travel due to the lack of turbulence outside of Earth’s atmosphere.

“The great thing about going to space is there’s no friction,” Musk said. “So once you’re out of the atmosphere… it was smooth as silk. No turbulence, nothing. There’s no weather. There’s no atmosphere.”

Estimates from The Verge indicate the spaceship could carry anywhere between 80 and 200 people.

Musk is also pursuing other ambitious transportation projects such as Hyperloop.