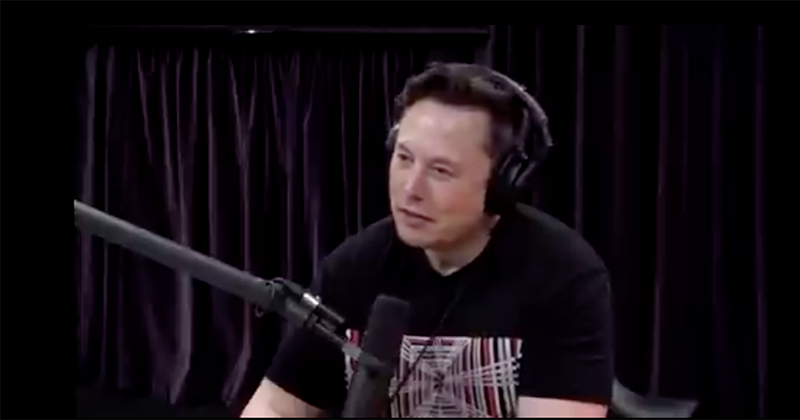 Elon Musk may have chosen a bizarre, cyborg-like name for his newborn child – just try pronouncing “X Æ A-12” – but the billionaire entrepreneur says spoken language itself may soon become obsolete with the rise of new brain tech.

Appearing on another episode of the Joe Rogan Experience on Thursday, the UFC-commentator-slash-podcast-host congratulated Musk on the birth of his sixth son this week, but couldn’t help but ask about the infant’s unique, headline-grabbing name.

“How do you say the name? Is it a placeholder?” Rogan asked, drawing an awkward laugh from Musk.

“Well, first of all, my partner is the one that mostly came up with the name… She’s great at names,” Musk said, adding: “It’s just X, the letter X, and then the Æ is pronounced ‘ash,’ and A-12 is my contribution” – which he says stands for “Archangel-12,” the CIA recon aircraft later developed into the SR-71 Blackbird, the “coolest plane ever.”

As the conversation drifted into neural nets and artificial intelligence, Musk said “Neuralink” technology – a battery-powered device implanted directly into the skull – could be rolled out within the next year, and potentially “fix almost anything that is wrong with the brain.” Eventually, in addition to curing disorders like epilepsy, he said language itself could be made obsolete thanks to the new tech – and perhaps unpronounceable baby names along with it.

Elon musk’s extreme thoughts on speaking being sentimental and any language will be downloadable! pic.twitter.com/9CW0SkxqwJ

“You would be able to communicate very quickly and with far more precision… I’m not sure what would happen to language,” he said, explaining that human beings are “already partly a cyborg, or an AI symbiote” whose ‘hardware’ is merely in need of an upgrade.
Asked about how long it might take before mankind goes mute, Musk said it could happen in five to 10 years in a “best-case scenario” if the technology continues to develop at its currently rapid pace. Of course, even in the entrepreneur’s brave new world, he said some might still choose to speak for “sentimental reasons,” even when “mouth noises” are but a primitive vestige of the past.