For now the Endangered Species Act will not be used to shut down power plants and factories in the United States in order to save polar bears. 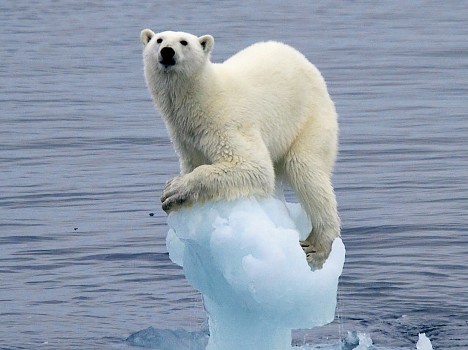 There is no scientific evidence that polar bears are endangered.

On Tuesday, the Obama administration proposed a rule that would exempt operations outside polar bear territory from restrictions on activity. It is considered a setback for environmentalists who want to put coal-fired power plants and large factories on a different sort of endangered species list.

According to the U.S. Fish and Wildlife Service and the Obama administration, polar bears are a “threatened” species, a designation one step below endangered. The feds made this decision in 2008 when it was determined that polar bears are at risk because of global warming and the projected decline of their habitat.

It makes sense to keep polar bears off the Endangered Species Act because they are not endangered – or for that matter threatened.

In 2008, a study published by the Institute for Operations Research and the Management Sciences revealed that the opposite is true – polar bear populations are growing.

“To list a species that is currently in good health as an endangered species requires valid forecasts that its population would decline to levels that threaten its viability,” explained professor J. Scott Armstrong of the Wharton School. “In fact, the polar bear populations have been increasing rapidly in recent decades due to hunting restrictions. Assuming these restrictions remain, the most appropriate forecast is to assume that the upward trend would continue for a few years, then level off.”

The U.S. Fish and Wildlife Service did not cite one scientific study demonstrating a decline in the polar bear population. “After careful examination, my co-authors and I were unable to find any references to works providing evidence that the forecasting methods used in the reports had been previously validated. In essence, they give no scientific basis for deciding one way or the other about the polar bear,” he told ScienceDaily.

“Using an Internet search, we found roughly a thousand published papers that addressed the problem of forecasting polar bear numbers,” Armstrong and his colleagues argued in an article entitled Polar Opposites. “None of them made reference to the scientific literature on forecasting. Most importantly, neither did the nine government reports prepared in support of the listing decision.”

In other words, the government is using the same sort of junk science to make a determination on polar bears that they have used to make arguments about man-made global warming.

In 2010, it was revealed that the UN’s Intergovernmental Panel on Climate Change misled the media and public into believing that thousands of scientists backed its claims on manmade global warming.

Mike Hulme, a prominent climate scientist and IPCC insider, said that “only a few dozen experts” supported the IPCC claim that human activities are having a significant influence on the climate. Most scientists realize that man-made climate change is a scam.

Global “warmism” is akin to a religion, so it is impossible to use logic when arguing against its proponents, many who are determined to shut down civilization and pitch humanity into the Dark Ages. As the reality of the situation becomes apparent – warming is due to solar activity and is cyclic in nature – the warmists grow frantic and their pronouncements become more authoritarian and draconian.

For instance, last year David Shearman, who is Emeritus Professor of Medicine, University of Adelaide, and a Visiting Research Fellow at the University’s Department of Geography and Environmental Sciences and Law School, characterized humanity as a “malignant eco-tumor” and an “ecological cancer” and proposed an “elite warrior leadership” to impose an authoritarian solution to the debunked theory of man-made climate change.

Shearman’s assertion that humanity is a cancer is a philosophy shared by the global elite who rule over the United Nations and its Intergovernmental Panel on Climate Change and who are now imposing on the West Agenda 21 and the Malthusian idea of “sustainable development.”

“In searching for a common enemy against whom we can unite, we came up with the idea that pollution, the threat of global warming, water shortages, famine and the like would fit the bill,” a Club of Rome paper asserted in 1990. “All these dangers are caused by human intervention… The real enemy, then, is humanity itself.”

The Club of Rome is a globalist think tank designed to push neo-Malthusian eugenics. The agenda is funded by the Rockefeller Bothers under the guise of environmental stewardship and fighting poverty.

If they are allowed to realize their agenda, civilization will become endangered.