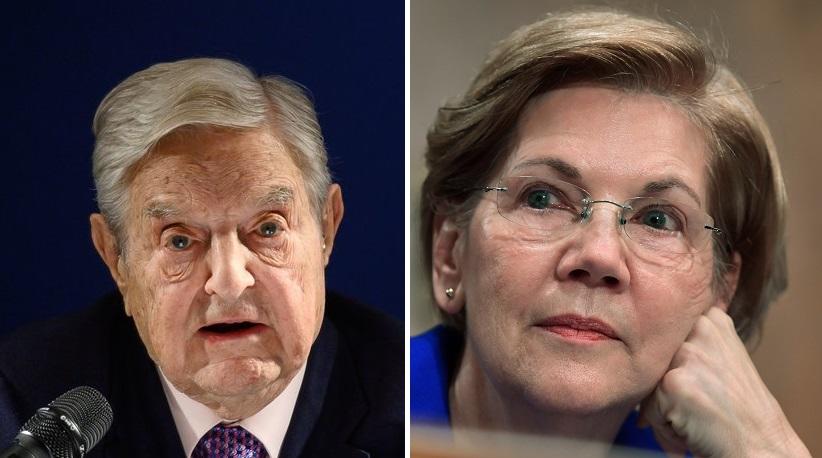 George Soros, like Barack Obama, has passed over former Vice President Joe Biden when it comes to the 2020 US election.

In a wide-ranging interview with the New York Times, the progressive billionaire predicted that Senator Elizabeth Warren of Massachusetts will become the Democratic nominee who will face Trump in 2020.

“She has emerged as the clear-cut person to beat,” he said. “I don’t take a public stance, but I do believe that she is the most qualified to be president.”

Soros quickly added that his comments were not an endorsement of Warren, saying “I’m not endorsing anybody because I want to work with whoever, ” adding “I don’t express my views generally because I have to live with whoever the electorate chooses.”

Alex Jones warns the globalists that their plan to dominate Americans by force has failed.
By the way, our Everything Must Go Emergency Sale is now live! Get 70% off Survival Shield X-3 and an additional 50% off other products with free shipping and double Patriot Points!

When the Times’ Andrew Ross Sorkin pointed out that the ultra-wealthy, including his Wall St. peers think Warren’s taxation of the rich and tight regulatory plans for banks would be a giant threat to the “capitalistic system in which he made his riches,” Soros said he disagreed – reiterating his support of a wealth tax.

“I am in favor of taxing the rich,” said Soros, “including a wealth tax.”

Pausing for a moment, he looked like he was searching for the right words to explain himself.

“A financier makes people suspicious,” he said. “And it does create a moral problem for me. As I became so successful, it basically put a self-imposed constraint on me that actually interfered with making money.”

Still, Mr. Soros batted away the idea that he and his Wall Street brethren had the political power and influence that was often ascribed to them — or at least that they would have less power in this election cycle than in previous ones.

“There are more Main Streets in America than there are Wall Streets. So I don’t think that Wall Street, other than being a source of money, will have its way in choosing the president.” –New York Times

Read the rest of the interview, including Soros’s thoughts on Trump, China (“I consider Xi Jinping’s China the worst threat to an open society.”) and other topics here.